Always eager to add little treats for their intrepid user-base, Google appears to have added an Easter egg to Android 4.1 Jelly Bean that goes beyond the norm.

Take the latest version, Jelly Bean, for example. Heading into the Settings app, and then navigation to the section which lists the Android software version number will display the expected number of 4.1. From here, repeatedly tapping that number will treat onlookers to a magical tour in which plenty of jelly beans are paraded for our viewing pleasure. Neat, right?

While this same Easter egg has been around in previous versions of Android, it seems Jelly Bean takes things one step further. Tapping again will add a collection of candy canes to proceedings, something which doesn’t really fit with the current Android Jelly Bean branding. So, what does it mean?

The first and most obvious suggestion is that this is a hint towards what the next version of Android will be called. The problem here is that Google is known for naming its software versions by choosing a dessert that begins with the next letter in the alphabet. So, with the first version of Android being called Cupcake, the next was Donut, with Éclair following that. Next was Froyo, with Gingerbread and Ice Cream Sandwich paving the way for Android 4.1, Jelly Bean. Assuming Google intends to follow the same naming convention, Candy Cane really doesn’t work unless someone at the company decides that Candy is really spelled ‘Kandy’ which, to be honest, wouldn’t surprise us one bit. 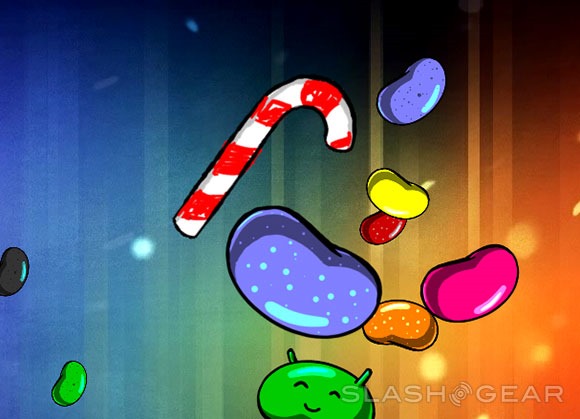 So, what do you guys make of it? You know where to drop your thoughts.