Yes you read that right, MuscleNerd of the iPhone Dev Team has posted some pictures on his twitter account, confirming the jailbreak works fine on iOS 5, but of course it is limited to tethered boot only, which means you will have to connect it to your computer on every reboot.

According to his initial testing, Cydia appears to be working just fine on his jailbroken 4th-gen iPod touch, he managed to install SSHing utility app called iSSH successfully, which can be seen in one of the screenshots below. 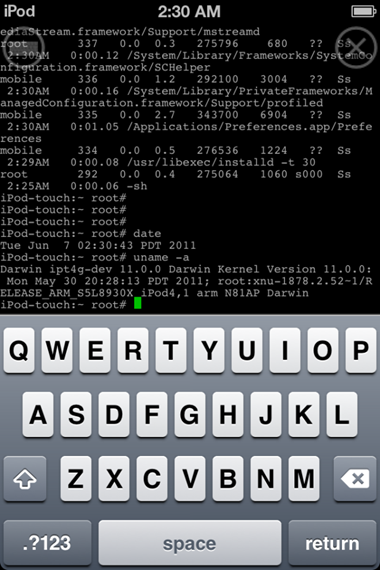 iOS 5, available in beta 1 form, is currently available to developers only. Apple plans to release iOS 5 to public later this fall. 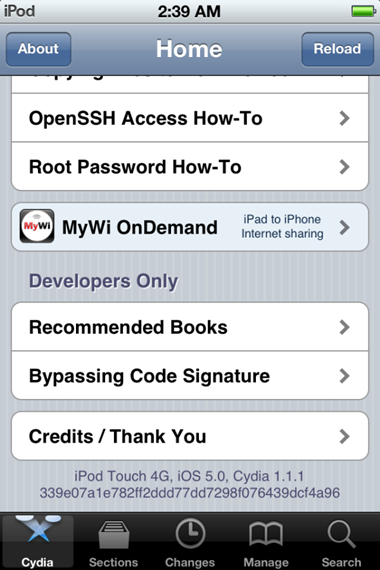