Is This What An Apple 3D Printer Would Look Like?

Rumors and speculations about whether or not Cupertino-based Apple is planning on entering yet another new market have continued to circle over the last twelve months. Apple’s patent filings relating to 3D printing a year ago, led many to believe that Tim Cook’s behemoth corporation was attempting to revolutionize that market with an Apple branded 3D printer. Nothing has really materialized thus far in terms of a product leak, but that hasn’t stopped a designer from conceptualizing what an official Apple 3D printer could look like.

Martin Hajek has made a name for himself from producing 3D renders and conceptualizing various Apple products. Previous Apple-based imaginings have included an iPhone 7 concept, an iPhone flip phone concept, and many more. His latest renders focus on what a 3D Apple printer could look like if Apple ever invoked those patent filings to enter into the world of 3D printing with an official product offering. 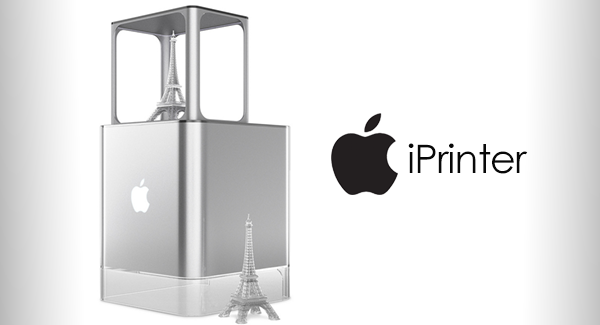 As part of the processes involved in producing a 3D render of a potential Apple 3D printer Hajek had to ask himself a few questions. Why would Apple want to enter into the 3D market? Would it be to actually mass produce and sell 3D printing hardware? Or, more likely, would Apple see a future or a potential market where it can construct a store of sorts for consumers and developers, who could then buy and sell models that could be used with its 3D printer, and possibly other ranges of 3D printers as well? We can only speculate on that for now, but Hajek answers to those questions have resulted in the production of yet another insanely beautiful 3D concept. 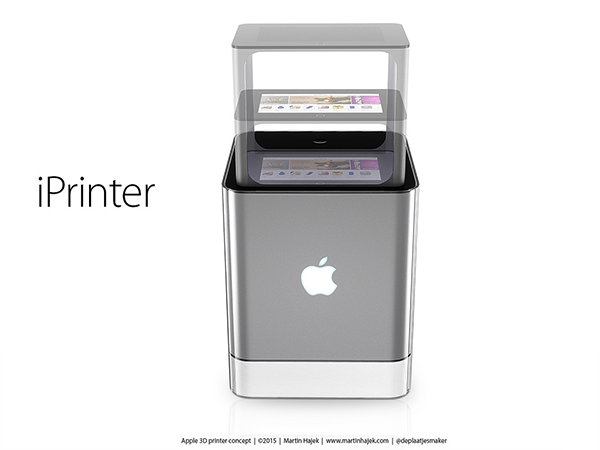 The “iPrinter” wouldn’t look out of place sitting alongside any of Apple’s other hardware products in a retail Apple Store. The beautiful, smooth curves are complimented by a lit up, iconic Apple logo that immediately lets you know you’re interacting with a premium product. The top of the printer features what appears to be a touch display for user input, which is then replaced by the printing mechanisms and the finished product when the printing is complete. 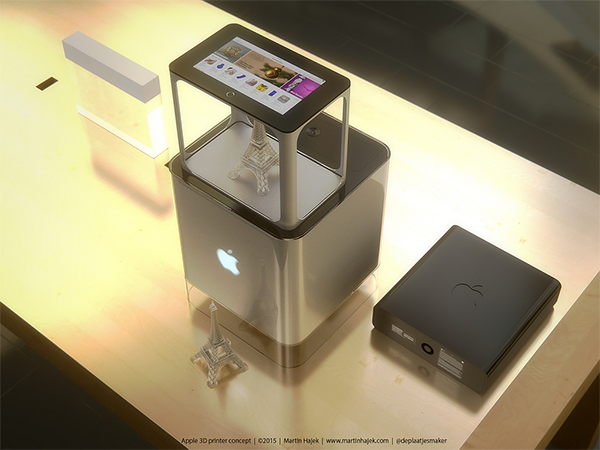 It’s highly unlikely that Apple will actually enter this space; not until it’s a lot more popular and commercially affordable anyway. Regardless, it’s great to see a concept for such a product and it would be great to cross-reference this against any official Apple offering if and when one should materialize. 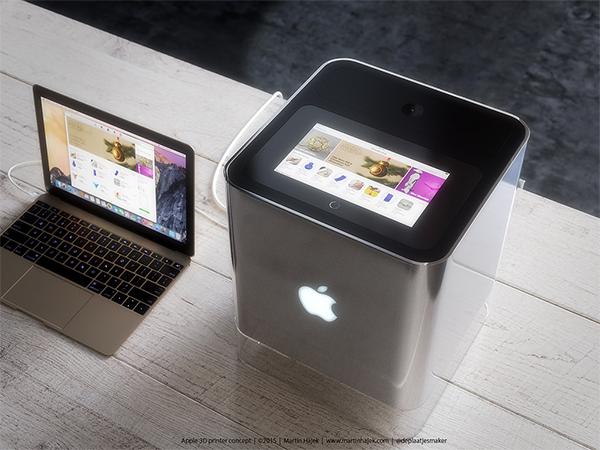