The 5th-gen iPod touch complete with the iPhone5-esque 4-inch display may finally have been released, but if you’re looking for an iOS experience for a dirt-cheap price, you may want to consider the slightly older – but no less exciting – iPod touch 4G. Right now at Apple, you can grab yourself an iPod touch 8GB refurbished for a mere $129, and with an A4 processor and Retina display, it’s one of the best deals on the interwebs right now.

One of the common gripes with iOS devices is the hefty premium one apparently has to pay for the privilege of owning one. iPhones cost more than the majority of smartphones, iPads cost more than essentially any other tablet on the market, and even the iPod touch – the saving grace of many looking to enjoy the App Store’s wealth of content – doesn’t tend to come cheap. 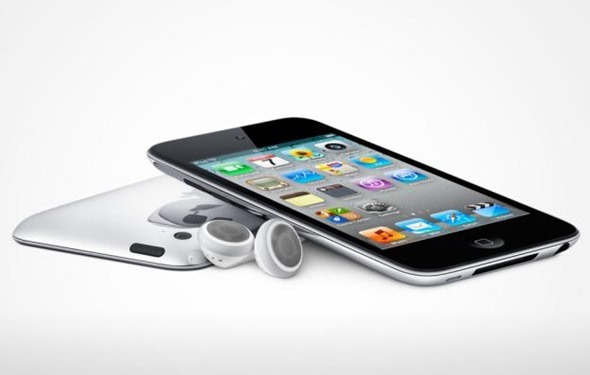 Not only do you get your usual one year standard Apple warranty, but you actually receive a very solid device. Like many iPhone / smartphone owners in general, I like to use an iPod touch as a supplementary device for audio, and with a couple of games packed on as well, I can play Angry Birds on the subway without worrying about how much battery I’m using. 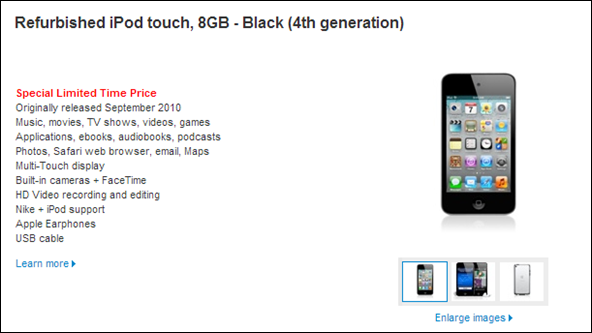 The A4 processor is restrictive if you’re looking to play those intensive games, but if you’re just looking for a casual device to fill in a little free time here and there, you cannot really go wrong with it. The one year warranty should provide the peace of mind required for those skeptical about picking up a refurbished device, and as far as deals come – especially those straight from Cupertino – you’ll struggle massively to find a better value deal than this one.