Apple’s decision to design its own chips for use in the iPhone has continued to bear fruit over the past few years, with Apple’s flagship models setting performance records year after year. The iPhone XS and its A12 Bionic chip are no different, and with Apple touting the new capabilities of the chip during its announcement alongside the new iPhones, we all had big expectations.

Now AnandTech has released a detailed review of the iPhone XS, along with insights into the chip that is inside it. As we expected, it’s fast. 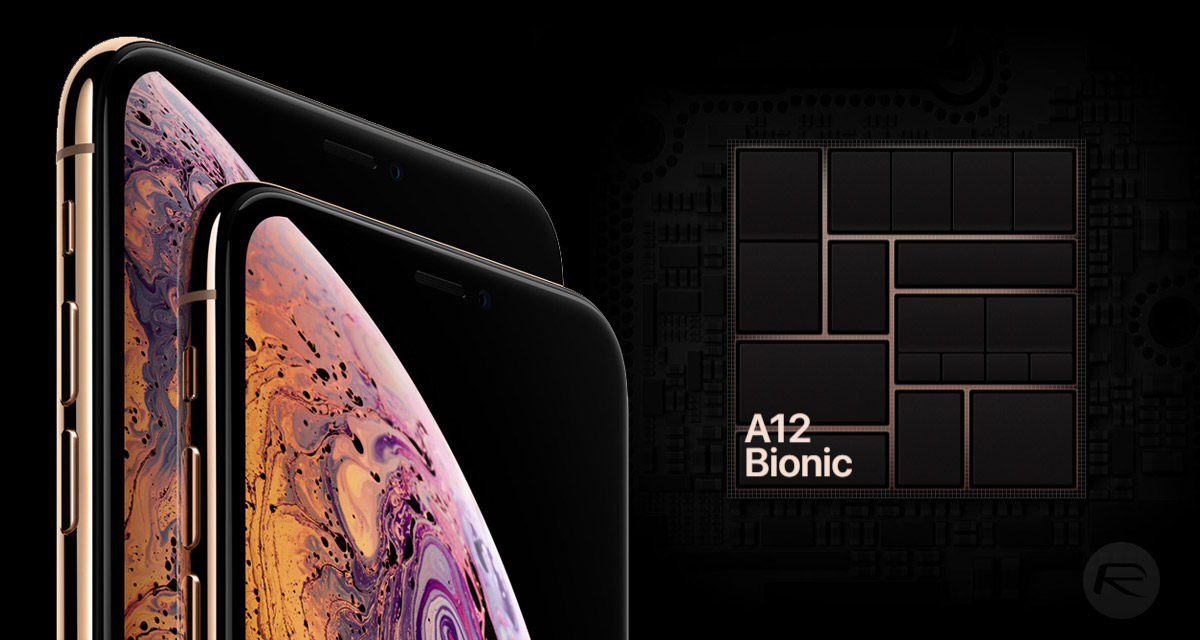 The first thing of note is that despite the A12 Bionic having almost 7 billion transistors more to work with when compared to the A11 Bionic, it actually all fits on a smaller die size – 83.27mm² vs 87.66mm². This is is where we see Apple’s move to a 7nm process bearing fruit. We also now know that the GPU built into the A12 Bionic is super fast. So fast, in fact, that it’s capable of performing around 75% faster than the part in the iPhone X – a phone that itself was no slouch – and almost twice as fast as the SoCs packed in most recent Android devices. 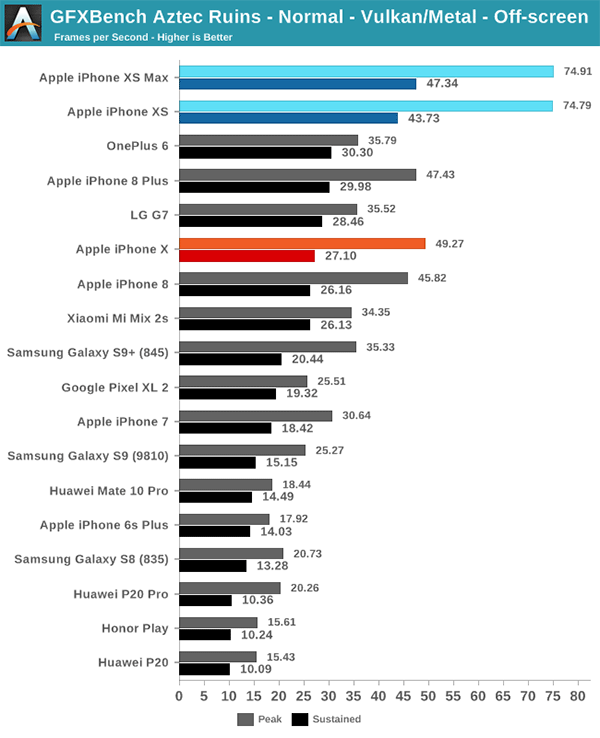 Back to the CPU, AnandTech notes that Apple has made changes to the way the chip works under the hood, with L2 cache performance improved thanks to an improvement in latency of 29%.

The Vortex cores have only a 5% boost in frequency over the Monsoon cores, yet the absolute L2 memory latency has improved by 29% from ~11.5ns down to ~8.8ns. Meaning the new Vortex cores’ L2 cache now completes its operations in a significantly fewer number of cycles. 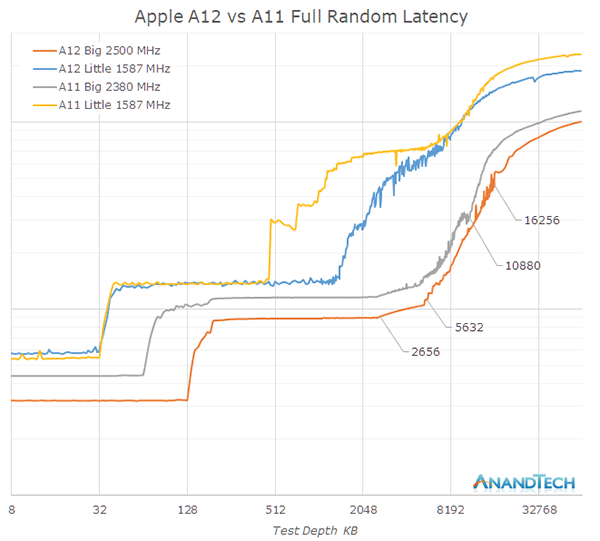 Couple that with the Vortex cores housed inside the A12 Bionic running at 2.5GHz compared to 2.38GHz in the A11 Bionic, and it’s clear that Apple has once again ratcheted up the performance of its own chips while the competition appears to lag behind. This will surely only add further fuel to the rumors that Apple plans to ditch Intel and design its own chips for its Mac lineup, too.

We heavily recommend checking out the full AnandTech article if you like to geek out on technical specs and performance graphs. There’s plenty to take in!