Apple’s iPhone 7 is only a few months old but attention has firmly turned to what the next iPhone, dubbed the iPhone 8 will offer.

Rumors have already circulated for some time that an OLED display is on the cards for the next smartphone to come out of Cupertino, and now further claims by a South Korean publishing are touting display of being the curved variety, much like the popular Galaxy S7 Edge from Samsung.

Multiple reports have appeared over the past weeks which have Apple getting ready to release a new 5.8-inch iPhone aimed at the higher-end market next year, and it is this device which is said to be set to receive the new curved display.

“The OLED version of the new iPhone will all be curved as Apple ordered all plastic OLED — not glass — from Samsung Display. Samsung is capable of supplying a little less than 100 million units of curved OLED displays to Apple,” a source familiar with the matter told The Korea Herald.

Who will supply those displays has long been a topic of discussion, as the sheer numbers required in order to meet the iPhone level of demand could pose a potential stumbling block for Apple’s plans to bring a curved, OLED display to the iPhone. Samsung is lined up to produce between 70 million to 100 million units, with the likes of LG and Sharp among the companies said to be ready to ramp up production for 2018. 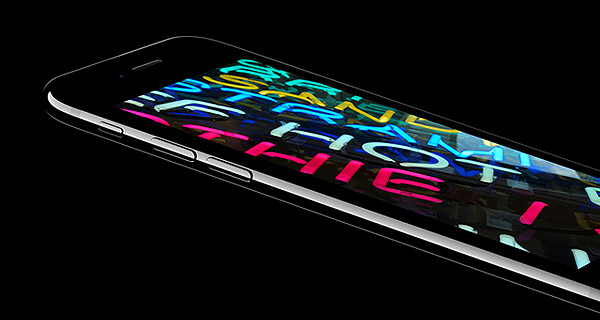 One thing that can be ruled out at this point is a foldable display. The technology does exist, with LG at the forefront, but Apple will be sticking to the curved display for now, and will also be trying to differentiate itself from the S6 Edge and S7 Edge by offering a new touch sensing in order to differentiate itself from the competition. The technology reportedly “enables the phone to respond when users touch any side of the device,” but further details remain unknown.