Like most popular smartphones, the Apple iPhone is a continual target for clone-makers, with many different companies looking to offer an iPhone-esque experience at a discounted rate. Although the iPhone 6 has yet to be announced, we’ve already seen a bunch of knockoffs – some more plausible than others – and the Goophone i6, which was one of the first iPhone 6 fakes to launch this year, certainly bears a striking resemblance to the leaks and info we currently have on the Cupertino’s next smartphone. One YouTuber decided to test the public in order to establish whether they could spot an underpowered Android running an iOS-like theme, and as ever, many took the bait and thought it was the real deal.

Talk show host Jimmy Kimmel is famous for pulling these kinds of stunts around the time of the iPhone’s release, with unwitting members of the public made to look foolish in believing that they’re holding a brand-new device. Often times, said devices are either fake or current-gen, and when YouTuber Jonathan Morrison took the Goophone i6 to Hollywood Boulevard, many were naturally fascinated. 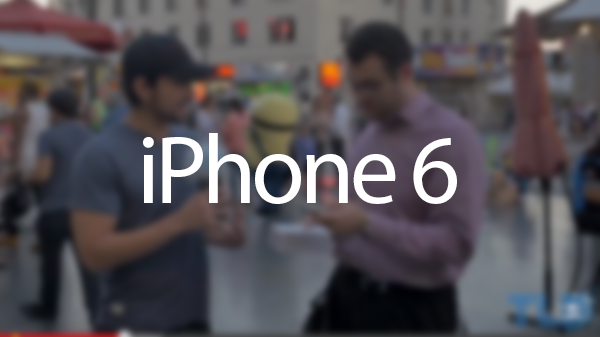 Of course, the very idea of somebody having a fully-operational iPhone 6 this early on is non-existent, but not everyone is as into tech as we are. Thus, the video makes for quite an entertaining spectacle, with some even noting of a considerable speed increase. Given that the Goophone packs a quad-core MediaTek (MT6582) SoC allied to 1GB of RAM, there’s no way that the dressed-up Android experience could match even that of the iPhone 5s and its 64-bit A7, but this clip once again underlines the notion that for the most part, people will believe anything.

When Morrison talks about the A10 processor, 20+ cores and eight-day battery life, still some folks remain impressed, and given that many of those quizzed already own an iPhone, it’s as though the meticulous design and development process is lost on a lot of Apple-owning consumers.

One has to wonder, when the iPhone 6 goes on genuine sale, how many of those queuing up overnight are actually aware of what they’re paying such vast sums of money for.

Surely, they don’t just want the iPhone because it’s an iPhone?