Apple’s impressive past few months in business was made clear for all to see at yesterday’s earnings call, and while confirming the passing of the one billion mark in terms of iOS devices sold, CEO Tim Cook also dished some specific details on iPhone sales. With almost 74.5 million iPhone units shifted over the holiday quarter, Cook also told of how the iPhone 6 and iPhone 6 Plus prompted the highest number of Android switchers for three years, while also adding that the latest models have prompted record numbers of new iPhone customers – those who’ve never previously owned an Apple smartphone in the past.

Wooing existing customers into getting the upgrade should be relatively straightforward for Apple given the general customer satisfaction rates it tends to achieve year on year. But enticing iPhone newbies or Android users is a different ball game altogether, and goes some way to explaining those incredible iPhone sales figures over the fiscal quarter. 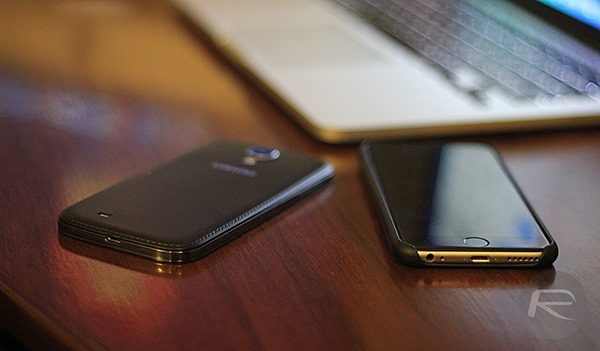 Apple tends not to make note of specific iPhone model unit sales, so it’s hard to gauge the split between the iPhone 6 and iPhone 6 Plus, although Cook did note that the smaller handset is the more popular of the two.

The decision to enlarge the iPhone this time around seems to have paid dividends, and in the run-up to the iPhone 6, it was predicted by many an analyst that the increased display size would prompt Droidsters to jump ship en masse. Apple’s bitter rival Samsung seems to have been hit the hardest, with mediocre Galaxy S5 sales followed by a shocker for the subsequent Galaxy Note 4, and with profits and revenues having also taken quite a hit, the onus is on the Korean company to bounce back with the upcoming Galaxy S6.

In the meantime, Apple will be celebrating what has been a terrific past few months, and with Apple Watch also confirmed to be shipping in April, it’s very possible if not certain that 2015 will be even more of a success story than last year. With the iPhone accounting for almost 70 percent of the company’s overall revenue, there’s a heavy reliance there, but if Apple Watch hits the heights of the previews and demonstrations, it could eventually join the ranks of the company’s most prized asset.