The majority of the smartphone world keenly awaits the release of BlackBerry 10 and its associated devices. Perhaps not with the kind of excitement it once might have, it has to be said, but out of respect for the power the brand used to possess, it’s hard to ignore the traction Research in Motion has managed to gain over the past year or so. To give us an idea of how far BlackBerry has come its quest to reestablish itself, one German site has compared the BlackBerry Z10 with the iPhone 5, and you may be surprised by the results. Details after the break.

It’s fair to say, that over the past couple of years, RIM’s BlackBerry range has lost its way among a sea of iOS and Android devices. It seems like light years ago since the likes of the Bold and Curve were the most sought-after devices on the market, but the changing face of the smartphone market – coupled with RIM’s failure to innovate and remain competitive, has seen it fall far down in the pecking order. 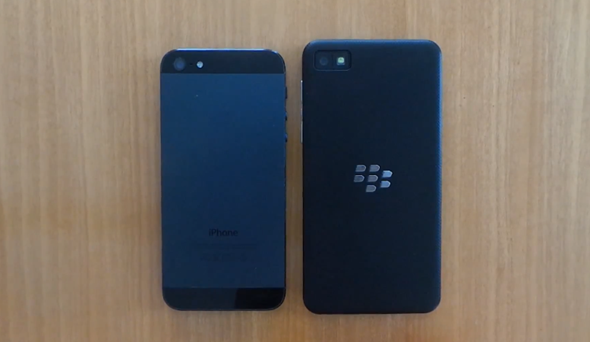 But BlackBerry 10, along with a fleet of new devices, is indicative of a strong comeback, and German site Telekom-Presse has compared the as-yet unreleased BlackBerry Z10 against Apple’s iPhone 5. The head-to-head follows the archetypal smartphone vs. smartphone prose, with features such as browser speed, speech dictation performance, and multitasking all given the once over.

Check out the full video below. Note, the commentary is in German, but the subs give a general idea of what is being said.

In the voice-to-text test, the Z10 is not only more accurate, but faster in translating spoken word into a text message. Meanwhile, multitasking is undoubtedly slicker, and the manner in which the vlogger flits between maps and browser in a seamless fashion. It’s quite clear iOS multitasking is in need of some refurbishment, and BlackBerry 10 certainly gives the Cupertino company one or two hints on how it should be done. 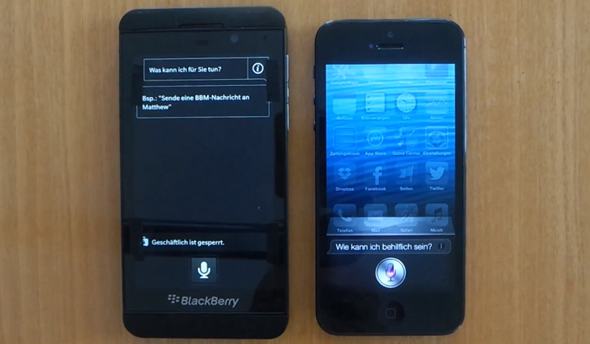 The BlackBerry Z10 will pack in a 4.2-inch screen, HDMI and USB connectivity, and a 1.5GHz dual-core processor. There’s also expected to be 2GB of RAM, an 8-megapixel camera, and a few reasons for Apple – and Android vendors – to stand up and take note.