Apple cannot resist coming through with the confusing names, and now we find ourselves with the iPad 2, fifth-gen iPad Air, iPad mini, and the new iPad mini with Retina display. With so many options both old and new, allied to Apple’s almost arbitrary naming patterns, it may be a rather confusing state of affairs, so here, we take a close look at the four Apple tablets including features, specs and prices.

The main, full-size iPad range now consists of the iPad 2, which Apple continues to sell despite its age, as well as the iPad Air, which should perhaps have been given the iPad 5 moniker. The differences between the two, in both specs and price, are glaring, but while those simply looking for an iPad to run iOS 7 and enjoy general use can still rely upon the trusty older model, those in search of something a little more cutting-edge and up-to-date will want to check out the new iPad Air. 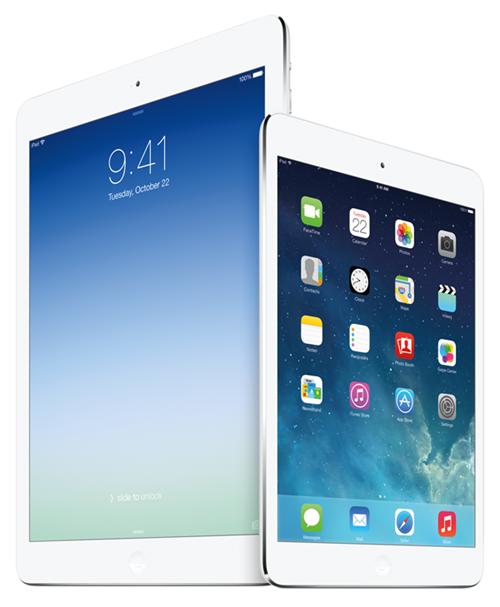 At a full $100 cheaper than the newly-released iPad Air, the iPad 2 is still a relatively appealing prospect, and although there’s no 4G and only 16GB of storage space available with both the Wi-Fi and Wi-Fi + Cellular models, it’s a very good value tablet.

The antiquated iPad 2 is now the same price as the current gen iPad mini and outdates the first-gen iPad mini, which was first released around this time last year. Both are rather similar technically, the iPad 2 and the first-gen iPad mini, using the same A5 processor and offering identical display resolution. Apple’s pricing makes a great deal more sense than the naming scheme, with both the iPad 2 and iPad mini seemingly on an even keel; leaving the consumer to make a judgment based purely upon preference.

Obviously, both the iPad Air and iPad mini with Retina display offer a sharper visual experience, and since each also includes the A7 processor and M7 motion coprocessor, those looking for a higher-end experience will want to grab one of the premier devices.

One very interesting thing about the chart, when you see each iPad side-by-side, is that now, the newer iPad mini is actually just as good as the flagship iPad Air, and although the latter is more expensive, the up-take on the compact model is likely to be, in my opinion, significantly higher than that of the full-size model.

Having seen each in a concise, official manner, which iPad will you be picking up? Do share your thoughts and comments below!