iPad 2 is really really thin. Despite adding so much to the original iPad, it’s still 33 percent thinner. The width has went from 13.4mm to 8.8mm which makes it even thinner than the iPhone 4. 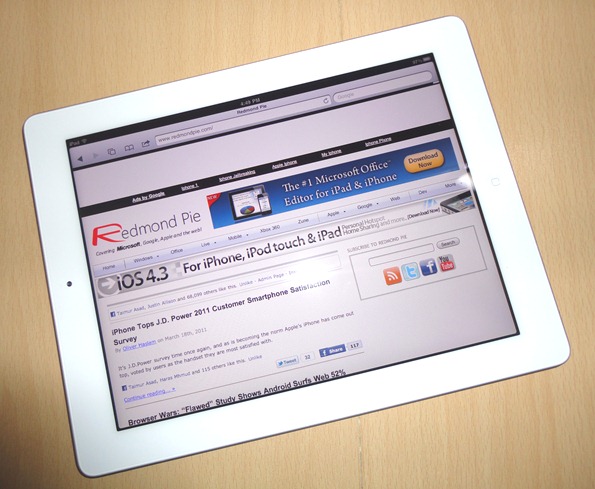 iPad 2 being thinner is definitely an upside but is having a thinner glass an upside? Most would think it’s more vulnerable to break. However, despite being 27% thinner than the original iPad, the new iPad’s glass is as much strong. Not just that, it is more flexible in nature too which is what makes it less vulnerable to break.