Apple’s release of iOS 9.2 brought with it largely bug fixes and the odd feature update here and there. One of those, it appears, is official support for the Lightning to USB Camera Adapter on compatible iPhones. Previously, the adapter was unofficially supported, but the whole thing now has official Apple support.

What all this means is that iPhone owners will now be able to plug all manner of USB equipped media kit into an iPhone, including cameras. Anyone shooting photos on location who then wants to perhaps check them out on the big screen of an iPhone 6s Plus or quickly share them over social media will now be able to do so by plugging their camera into a USB cable, then the Lighting to USB Camera Adapter and finally into an iPhone. Another option would be to use updated version of Apple’s Lightning to SD Card Camera Reader, whichever suits. 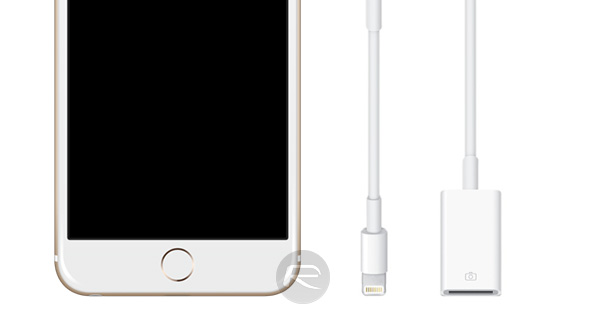 What all this boils down to is that the Lightning to USB Camera Adapter previously only supported by the iPad is now a great iPhone (running iOS 9.2 or over) companion for anyone who may have a need for connecting most kinds of multimedia equipment to such a thing. Music, photos, video and even the recording of podcasts can now be done on an iPhone using an array of accessories – just remember that the iPhone’s screen isn’t very big. We’d still suggest using an iPad for most media work, perhaps even one of those nice new iPad Pros. You know it makes sense!

You can get yourself the official Lightning to USB Camera Adapter from an Apple Store for $29.