First up, if you want the jailbreak, DO NOT update to iOS 8.1.1. Apple has patched Pangu8 in iOS 8.1.1 release. For more on this, check out our dedicated article here: iOS 8.1.1 Jailbreak Status Update.

With that out of the way, let’s get back to today’s iOS release. It may just be a relatively small, incremental addition to iOS 8.1 as far as release numbers are concerned, but iOS 8.1.1 is quite the update to a mobile operating system that has had more than a few problems since its introduction alongside the iPhone 6 and iPhone 6 Plus in late September. It added plenty of new features and reworked out most of us use our iPhones and iPads thanks to things like extensions and third-party keyboards, but it also added more bugs and strange goings-on than Apple would care to admit.

In many ways, it was a mess.

Many might have expected iOS 8.1 to address all these problems, and it did to some extent. Unfortunately, some of the more infuriating problems remained and while some were larger than others, they all caused features to either not work as intended, or simply not work at all.

The biggest of those problems, at least for me, was the way iCloud Drive simply refused to work. Syncing between devices was hit and miss at best, and it even prompted Agile Tortoise, the developer of the excellent Drafts 4 to put out a blog post explaining the reason the big new update to Drafts wouldn’t reliably sync at best and at worst would refuse to launch. The culprit was iCloud Drive. With iOS 8.1.1, all that is gone.

As mentioned above, if you are NOT into jailbreaking, don’t hold off from updating to iOS 8.1.1. This fix alone is enough to make the update worth it. And by worth it, I mean essential. Stop reading and do it now. I’m happy to wait for you to come back.

Beyond the iCloud Drive stuff, iOS 8.1.1 finally fixes the problem where no matter how many times you re-arranged your share and action extensions, they always moved back. Quite how that fix waited until this update is beyond me, but it’s here at last. No more scrolling to the far right just to clip something to Evernote or enter a password with 1Password. Magic.

One unexpected but welcome change that I have noticed since release of first beta of iOS 8.1.1 till final version is that battery life on my iPhone 6 is much less erratic. Having come from an ageing iPhone 5 that had seen plenty of charging cycles the way my iPhone 6 would make it through a day was novel to say the least, but it wasn’t predictable. Often I’d find the battery would go for a day even when used pretty heavily, and then other times all I’d need to do was use Tweetbot a bit and watch the battery life fall apart before my eyes. Consistent, it was not. 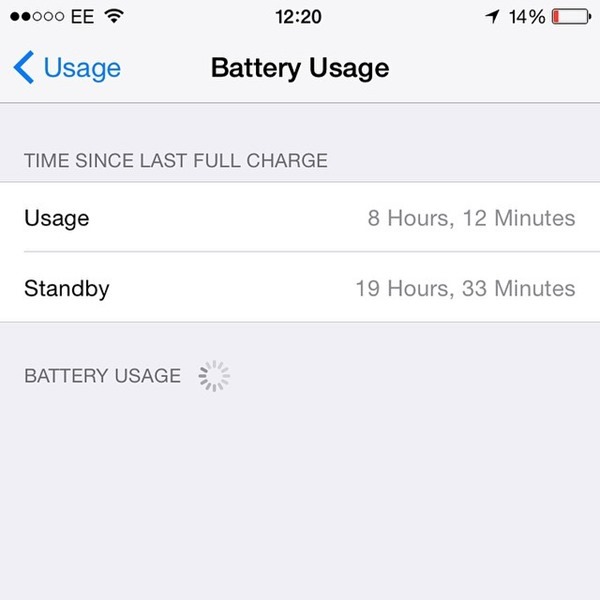 Now, it really is. I’m finding that not only can I hammer my iPhone 6 with tasks like gaming, editing images and all the usual things a so-called ‘power user’ does with an iPhone, I can also rely on it surviving the day as well. I now charge my phone each night as normal, but I can’t remember the last time I had to plug it in anywhere else. The charger I have at work is redundant, and the one in the car? Now it just fills the hole where a cigarette lighter should be. I used to think that I needed a battery to last days upon days. Now I realize I just need to be able to rely on when it’s going to die.

Of course, there’s much more to iOS 8.1.1 than everything I’ve mentioned here. Users of iPad 2 (my two-year-old uses my old iPad 2, so I’ll report back) and the iPhone 4s will apparently see speed improvements, for example. That’s something else that should have been in iOS 8.1. In fact, the more I think about iOS 8.1.1, the more I think it should have been called iOS 8.2.

But maybe I just like nice round numbers more than Apple’s engineers.