The iOS 7 untethered jailbreak is here. Things have been a little quiet recently on the topic of a public jailbreak release, leading us all to think that it could be quite some time until we were able to see how iOS 7 performs when truly set free. The good news is that the wait is finally over. The bad news is that early discussions and word from Cydia creator Jay Freeman seem to suggest that the latest Evasi0n7 release might have been rushed out before the right people could get the necessary components in place to support users.

One of the most concerning areas of interest seems to be the lack of involvement from Saurik himself. We should all know by now that Cydia is a relatively small cog in the overall jailbreak machine, but nevertheless, it’s still a vitally important cog from the end-user’s perspective. Saurik has been using his Twitter timeline to inform his followers that he wasn’t told about the decision to release Evasi0n7, nor was he asked to provide an official iOS 7 version of Cydia to install alongside the jailbreak. 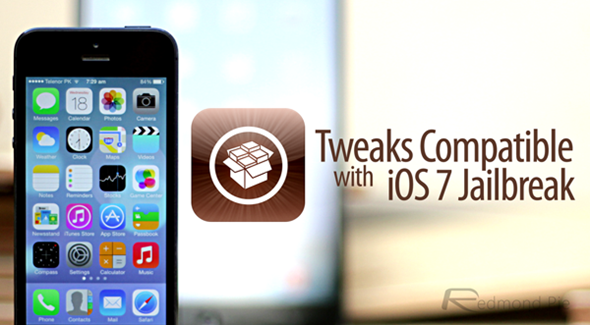 Freeman has also expressed concerns about the Evad3rs team not testing his official build of MobileSubstrate that had earlier been sent out to core developers within the iOS community. As things stand at the moment, anyone who jailbreaks using the initial release won’t have any Substrate support and therefore won’t be able to install any tweaks or offerings that rely solely on it. Pod2g, a security researcher and core member of the Evad3rs team, has also sent out the following tweet which echoes Saurik’s concerns:

Tweaks relying on mobilesubstrate have issues with early version of evasion. Keep away from that for the moment, we’re working on a fix.

The jailbreak loving iOS community have also been getting in on the action. A publicly accessible spreadsheet has already been created that lists a number of popular Cydia tweaks, outlining their current status and the device that they have been tested on. My3G and MyWi have both been confirmed to be working, as has PkgBackup. SBUtils and the extremely popular iFile are showing as have partial compatibility with iOS 7 with vital libraries like libstatusbar causing full system crashes.

The growing compatibility chart can also be accessed directly from this link. This latest jailbreak has only been out for a matter of hours and has already proved to be one of the most controversial. Something tells us the full story is yet to unfold.