According to multiple reports floating around the blogosphere; it’s expected that iOS 7 beta 7 download will arrive today for the iPhone, iPad and iPod touch.

The time at which Apple might drop iOS 7 beta 7 might come as a surprise to many – even us, in case you’re wondering – since it was just last Friday when Apple released an emergency update to iOS 7 beta in the form of beta 6. If you’ve been following our coverage regarding iOS 7 beta releases here on Redmond Pie, then it should be common knowledge by now that Apple has a bi-weekly schedule for pushing out updates to major beta software for mobile devices to developers, in this case, iOS 7 beta.

Beta 6 was a rather mundane update, weighing in at just 13.5 MB, it really does not bring forward any visible change(s) to the average user, rather than the usual ‘bug fixes and improvements’. But, according to the official iOS Dev Center site, the update “addresses an issue with iTunes in the Cloud, where some purchases may download or play unexpected items.” Sounds like quite a mouthful, but it means a lot to the average user considering this bug was squashed way before the final release, and for developers, it’s a positive sign on how Apple is burning the midnight oil in improving iOS 7 beta and make it ready for the general public later this year.

If we look back at history, Apple pushes out the Gold Master – or GM candidate – build of their mobile software along with the introduction of brand spanking new hardware. If that is the case, and keeping in mind the rumored September 10th event which will play host to the unveiling of the iPhone 5S and 5C, then it’s a safe bet to realize that iOS 7 beta 7 would be the last beta we’ll see before the GM candidate drops later in September. 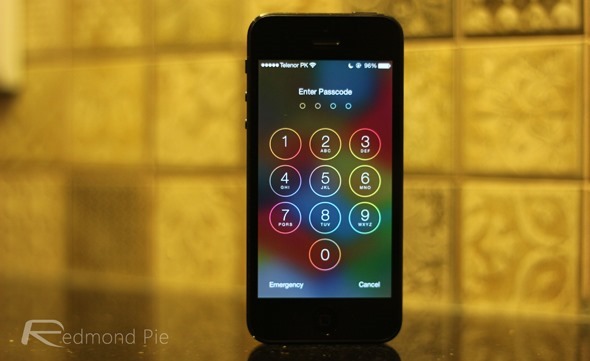 Are you excited about the prospect that iOS 7 is finally coming near to a final release? Do let us know in the comments section below. And furthermore, stay tuned to our coverage here at Redmond Pie for more details! We will update the post as soon as Apple releases iOS 7 beta 7.