The wish list for iOS 5 just keeps on growing. We’ve already had umpteen concepts showing just how Apple should improve the iOS notification handling and now we’ve got a brand new video, but this time showing el-Jobs and co. how their mobile operating system should be handling voice recognition. 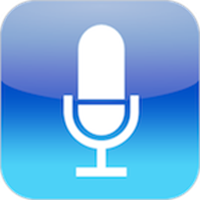 MacStories brought to our attention a video by Jan-Michael Cart which shows a wonderful, elegant and simple way of taking voice recognition and integrating it into the operating itself.

Jan-Michael’s video shows a selection of scenarios where you might want to use voice recognition, the first of which is opening the SMS app and replying to a fictitious (we assume!) SMS from Steve Jobs. Here pressing and holding the home button invokes the voice recognition portion of the OS and a blue status bar appears at the top of the screen – similar to the red one which appears during a phone call.

The rest of the video shows off how Jan-Michael envisages voice recognition would work for apps such as Email which don’t feature a text field, but rather an area where text can be entered free-form. Here, double-tapping the area would bring up the now familiar copy/paste options. A new microphone logo would be added to the list which, as you’d expect, brings the voice recognition into play.

It’s an interesting take on how to bring voice recognition to the OS itself rather than one particular app and it appears as if it would work similar to how Android approaches the problem.