It’s no secret that a lot of of the new features announced in iOS 5 seem to be taken straight out of competing mobile operating systems like Android, BlackBerry OS and, of course, Windows Phone 7. 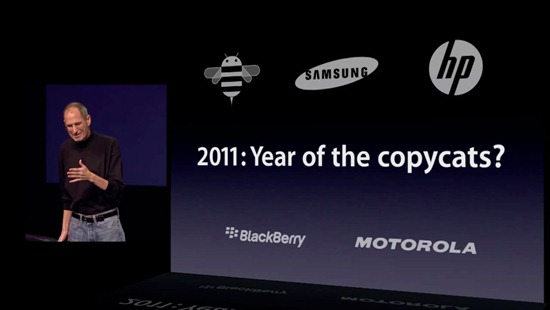 Notification Center, which works by swiping down on the status bar, is lifted from Android’s notifications bar. Both work on the exact same principles, although Apple’s implementation is bit cleaner. 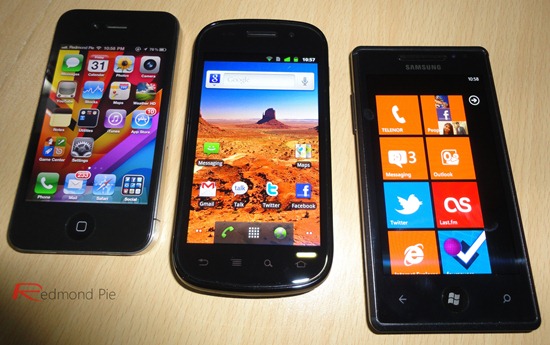 Then you’ve got Twitter integration, WiFi Sync and the updated camera app. These features were implemented in Windows Phone 7 when it was released last year.

There is, however, one feature in iOS 5 which is exactly, and I mean exactly, like a feature on Windows Phone 7: Camera Swipe to Camera Roll. Have a look at the video below:

What this feature does is allow users to swipe to the right to reveal the most recently taken photos. So, instead of having to open up the camera roll, users can go straight to their snapshots from the camera app itself.

Microsoft even has a patent for this feature called “Integrated Viewfinder and Digital Media”:

Microsoft can actually sue Apple for this. But the reality is that the smartphone manufacturers have so many patents that if one sues the other, the other would sue the first company on some sort of patent. It would turn into a lethal nuclear war of the smartphone world which, in the end, would benefit no one.

Now, we’re not saying this is bad or anything, but it’s a bit ironic seeing Apple play the role of the follower than the trendsetter. Especially after ol’ Steve Jobs called 2011 as the “Year of the Copycats” with the announcement of iPad 2 which was only three months ago.