Apple today released the latest beta of its iOS mobile operating system along with a major hint of future iOS devices losing their home button. 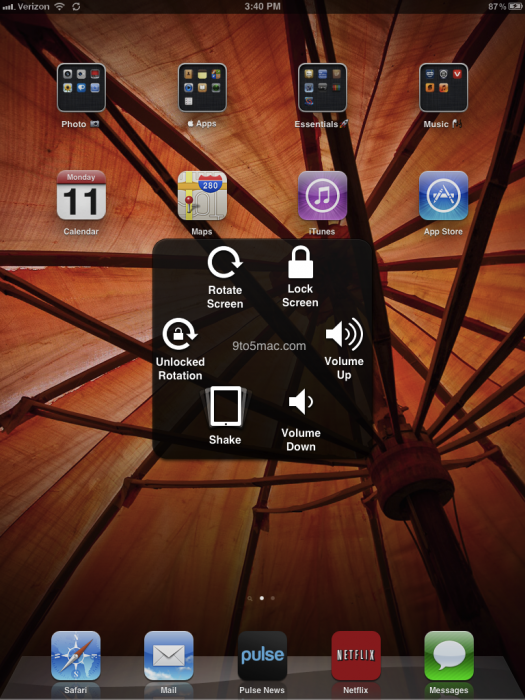 Along with the usual array of bug fixes and altered icons (really, how many times can they change the color of an iCloud icon?), it appears Apple has also altered an existing accessibility feature which, in the process, may just provide a little glimpse into the future of Apple’s iDevices.

A slight alteration to the existing ‘AssistiveTouch’ accessibility feature sees Apple add a whole new control panel, accessible via a swipe from a user-chosen corner of the screen. 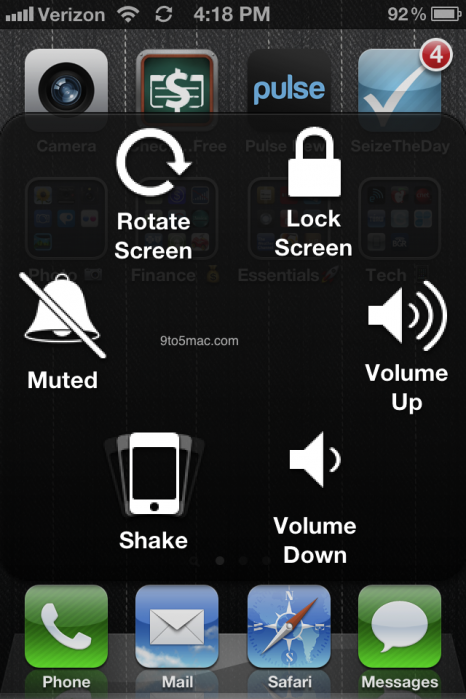 As 9to5Mac’s screenshots show, the new control panel offers functions such as rotating the device’s screen, locking the device and adjusting the volume. Given Apple CEO and co-founder Steve Jobs’ well publicized desire to kill buttons for good, it’s not too far of a leap to suggest this could be a future way of replacing the iPad, iPod touch and iPhone’s lone home button.

If Jobs does indeed get his way (and when does he not?) then we could possibly see future iDevices with no buttons at all, other than the required power switch.

The discovery was made after Apple seeded the third installment of its iOS 5 beta to developers today along with iTunes 10.5 beta 3.

Apple’s fifth generation mobile operating system is one of the most changed releases to date, featuring more APIs than we care to count along with the usual plethora of bug fixes. Without a doubt, however, the major addition to come to iOS this time around is the revamped notification system.

With iOS 5 now in its third beta, the release is getting closer to a public offering that just can’t come soon enough. Along with the new iCloud internet syncing services and MobileMe replacement, the next few months promise to be a very interesting time for iDevice owners.

With at least another beta, followed by a feature-complete final beta release, expect a final release of iOS 5 to hit an iDevice near you in the next couple of  months.

Apple’s tentative release date is simply ‘this fall’ however.

We can’t wait to see what Apple has in store for us next!