After all the furore surrounding the revelation that iOS devices have been keeping tabs on where they’ve been and saving the information to various log files both on the device and the computer they’re synced to, Apple released iOS 4.3.3 to rectify the issue. But did it do the job? According to PCMag, it did indeed. 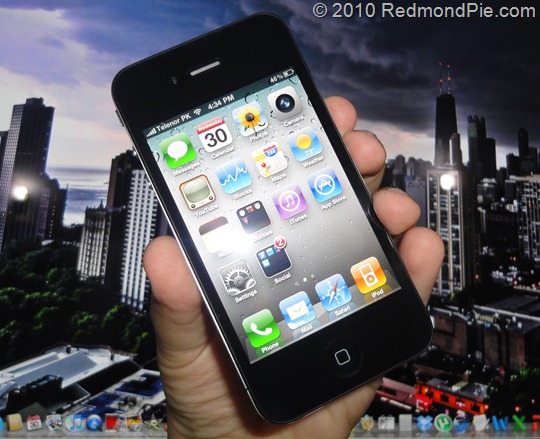 Apple claimed the huge log file created by iOS devices containing a database of locations was actually a bug, and that while the data was being collected anonymously, it should not be logging it as thoroughly as it appeared to be. With iOS 4.3.3 supposedly bringing with it a fix for the issue, PCMag went all detective using a couple of different method, and according to their results, Apple were good to their word.

First off, they tried the now infamous iPhoneTracker app.

When we tested this a few weeks ago, the results were clear: while rogue location points peppered the map, for the most part, results appeared surprisingly accurate, showing that the iPhone tracked us to and from work and followed us on vacation. This time, however, there was nothing. Neither of the iPhones we tested showed any evidence of location data being collected and stored in the backup files.

PCMag even went the more manual route of hunting out the log files themselves. Same result. The logs that before were around 380KB were now 24KB – fitting in with Apple’s claims their software was logging too much data.

This time around, however, that same file contained almost no data whatsoever. Any data it did collect wasn’t related to tracking

That’s all fine and dandy, but what if you’re faced with a more sophisticated location fiend? PCMag broke out the big guns – iOS forensic app Lantern.

Again, iOS 4.3.3 appears to have put right the wrongs of earlier releases when it comes to keeping tabs on people.

While Lantern did an outstanding job retrieving everything from voicemails to text messages from the devices, post-iOS 4.3.3, it found no location-based information on either phone, with or without Location Services enabled.

So there we have it. Any potential security or privacy problems appear to have been squashed by the latest updated to iOS, though whether that’s good enough for the tinfoil hat brigade remains to be seen!