Folks at BGR have got their hands on the-yet-to-be-released iOS 4.3.1 for iPhone 4, which according to them is a minor release and will bring bug fixes, along with some improvements to battery life. 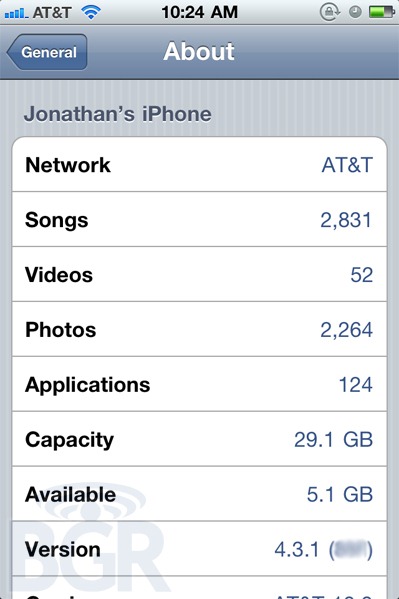 One of our Apple connects just installed the unreleased and unseen iOS 4.3.1 build on one of our iPhones, and we’ve been playing around with it for a couple days.

… it really does look as if iOS 4.3.1 will simply fix bugs, hence the version numbering. Battery life seems a tad bit better, though that’s not scientific at all.

Apple is expected to push this update within one to two weeks. There is no word on whether this release will also bring Verizon iPhone 4 users on the updated 4.3.x firmware version.