Great news for public testers of Apple’s major software platforms! The Cupertino-based company has officially flipped the switch on its next major release, meaning that the second public betas of iOS 12, tvOS 12, and macOS 10.14 Mojave are now out and officially available to download with immediate effect.

This latest release is yet another opportunity for public testers to join ranks with developers in ensuring that all issues and defects in the various platforms get reported to Apple. 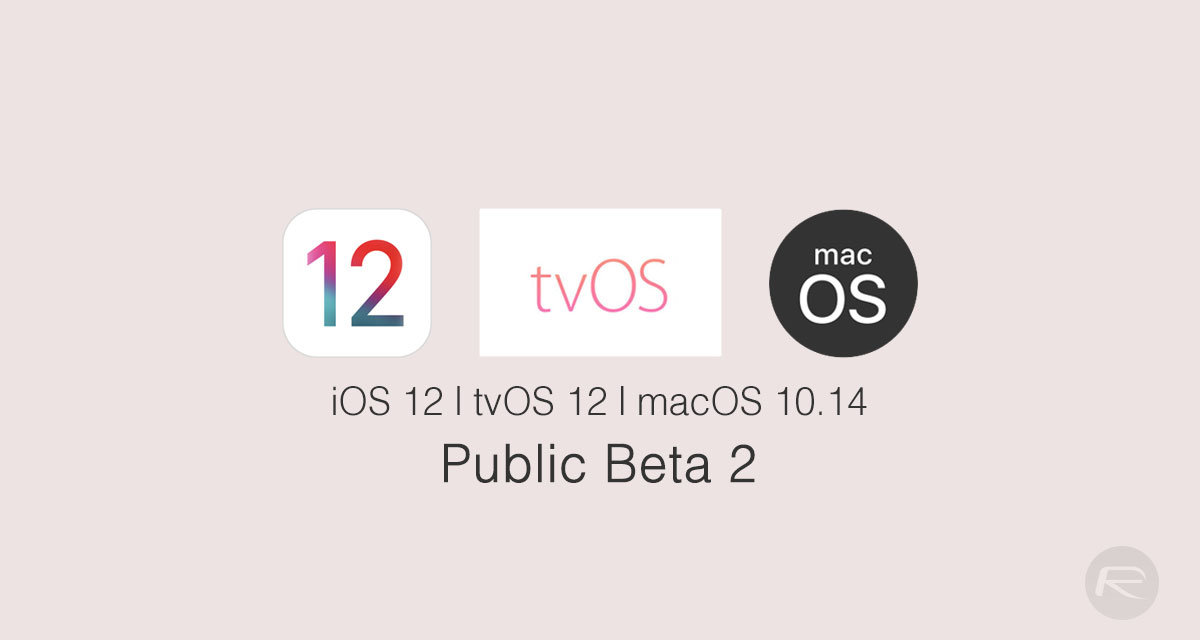 Those testers shouldn’t expect huge changes in terms of new functionality being added. After all, this software has now been in test with developers for close to four weeks. Where iOS 12 is concerned, this latest beta seed does contain slight changes, such as a new UI for the Voice Memo app on iPad, as well as the ability to create a shareable link to images within the Photos app. For those who love a clutterless experience, the single swipe to clear notifications is also back with this release. And, of course, there are plenty more tweaks present.

If you are reading this thinking “why have I only heard about these public betas now?” and are eagerly enthusiastic about testing Apple’s iOS and macOS platforms on your own hardware prior to an official general public release, then welcome to the journey! If you have a plethora of iPhones and iPads lying around and want to get involved in the iOS 12 pre-release process, then we can help you out with that by following our previous guide on the correct way to get up and running with Apple’s public preview of iOS 12: Download iOS 12 Public Beta 2 And Install The Right Way, Here’s How.

If you can take or leave iOS 12, or just don’t want to get it installed on your main device for obvious reasons, but you are a regular user of Apple’s Mac hardware and want to help test the future of macOS, then we’ve put together a similar guide on how to do exactly that with the latest macOS 10.14 Mojave release here: How To Download And Install macOS Mojave Public Beta On Your Mac.

For those who have already taken the required leap to be involved as a public tester, then congratulations, and you are able to get your hands on the second public beta of iOS 12, macOS 10.14, and tvOS 12 right now.

It’s also worth knowing and understanding that these second public betas are essentially the exact same builds that were released to registered developers yesterday as beta 3 but just from a different development branch.