At its prominent CES keynote on Monday, Intel unveiled its 4th-gen line of Core i processors processors, previously code named “Haswell”. The new processors are yet another update to its Intel Core line, this time with much-increased energy efficiency in order to power a new generation of ultrabooks.

The growth of ultrabooks has been exponential over the past few years. These devices have managed to pack the power similar to a regular laptop computer into much thinner devices. This amount of take-up from consumers has led Intel to tweak its main product line of Intel Core processors to accommodate for ultrabooks. These new processors perform better than the previous generation, yet they feature the largest improvements in energy efficiency, operating as low as 7 watts.

In a press release, Kirk Skaugen, Intel’s vice president and general manager of the PC Client Group, pointed out that this new generation of processors will underpin the growth of ultrabooks over the next year:

“The 4th generation Core processors are the first Intel chips built from the ground up with the Ultrabook in mind. We expect the tremendous advancements in lower-power Core processors, and the significant ramp of touch-based systems will lead to a significant new wave of convertible Ultrabooks and tablets that are thinner, lighter and, at the same time, have the performance required for more human-like interaction such as touch, voice and gesture controls.”

This achievement represents Intel’s largest gain in battery life, from one generation to the next, in the company’s history. For the first time, most ultrabooks underpinned by the “Haswell” architecture will sport at least 9 hours battery life, and up to 13 hours. This is quite a step up from just a few years ago, when the everyday laptop wouldn’t last more than 4 hours unplugged. 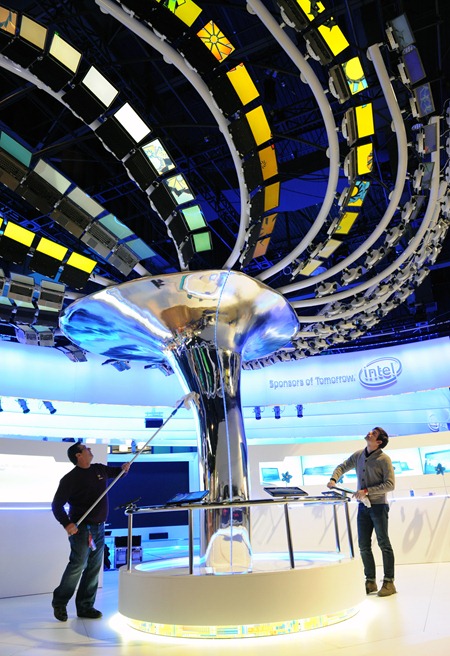 The trend of ultrabooks began just a few years ago, after the demise of the smaller and more stripped-down netbooks. ultrabooks typically feature full-sized screens, keyboards and many of the features found on traditional laptops, yet they are powered by solid-state drivers and omit certain features such as optical drives and Ethernet ports. Removing certain features greatly extends the battery life and durability of these machines, making them a good choice for everyday PC users.