If there’s one certainty in life, especially in the world of technology, it’s that someone somewhere probably thinks they can do whatever you do, but better. People think they would make a better job of running Facebook or Twitter. That they know how Google should move forward with Android and, sometimes, they even know how to write awesome tech articles. Who knew?!

The latest example of this is a concept video that shows how one designer believes Instagram should work. Already roundly accepted as one of the best looking and easiest to use apps in the App Store, UI designer Stephen M. Levinson believes he knows how to make it all better, and after watching his nifty little video, we’d be inclined to agree. 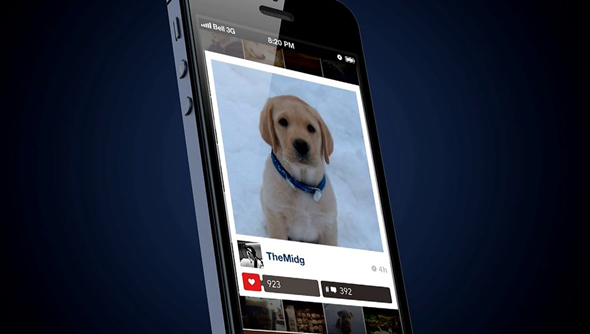 The concept, put together to show how an Instagram of the future could look, shows off a new user-interface as well as some gestures that replace existing buttons along the way. There are some rather interesting ideas in the 90 second video, and we sure hope someone at Instagram is taking notice. Apparently Levinson is currently looking for work, too. Just saying.

Oddly, Levinson says he doesn’t use Instagram all that much, which is odd considering the changes he made.

I don’t use Instagram that much, but many people do, so when I was using it I thought it could be more elegant. I redesigned parts to be a bit more intuitive to gestures, removed the top menu bar that felt unnecessary, and I wanted to make the shots look like actual polaroids. Then to just test my abilities I animated the whole thing.

As far as we’re concerned, we’d just be happy to be able to subscribe to photos so that we don’t miss out on comments, even after we’ve commented ourselves. Is it really too much to ask, Instagram? Really?!

Instagram was bought by Facebook for a cool billion dollars earlier this year, and since then we’ve all been waiting for Mark Zuckerberg to pull the plug. So far though, that has not happened, and here’s hoping Instagram is around for quite some time to come.

Let’s hope for subscriptions whilst we’re at it, OK?