When considering a future smartphone purchase, few take into mind the importance of a decent battery life. Bamboozled by the megapixels, dots per inch and multiple core processors, it’s amazing how little regard folk give to the battery life, which has to go down as one of the most important features because without it, any exciting hardware is basically useless. Which.co.uk, a prominent observer of the mobile industry, has thrown together a rather interesting infographic on the battery retention levels of the foremost handsets on the market and, suffice to say, the results may shock you.

What the infographic shows, or rather confirms, is that the Samsung Galaxy S4 is the best all-round smartphone on the market right now. Its battery offers significantly more calling and Internet time than its peers, and although the iPhone 5 charges quicker than any other handset, the fact it performs poorly against its peers in both call and Web time perhaps explains why it’s so swift to reach the magical 100 percent. 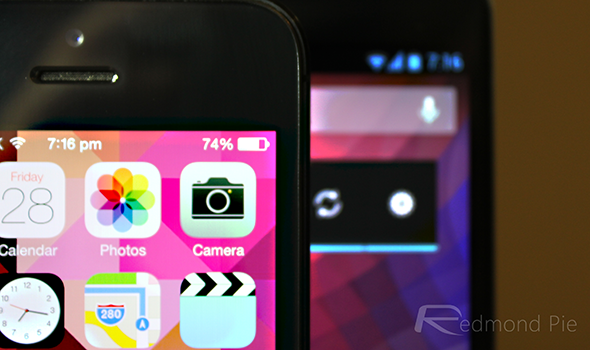 Both the Nokia Lumia 920 and iPhone 5 came last and second last respectively in the test of call and Internet usage, which is noteworthy in the fact that both, until the introduction of the Lumia 925, have been flagship handsets for a significant amount of time. With only 499 minutes of call time until the battery dies on the iPhone 5 compared with a whopping 1051 minutes on the Samsung Galaxy S4, the difference is quite staggering, and although the Apple smartphone is slowly edging towards the end of its shelf life, power users should take note of just how much more real-world use the Samsung flagship offers.

Things don’t get much better when it comes to Internet use, either, with the iPhone 5 managing 261 minutes, or just over four hours, versus the Galaxy S4’s 405 minutes, which equates to almost seven hours. The Sony Xperia Z, Google Nexus 4 and HTC One all performed reasonably well, with the Sony managing an impressive 985 minutes of call time before finally expiring. 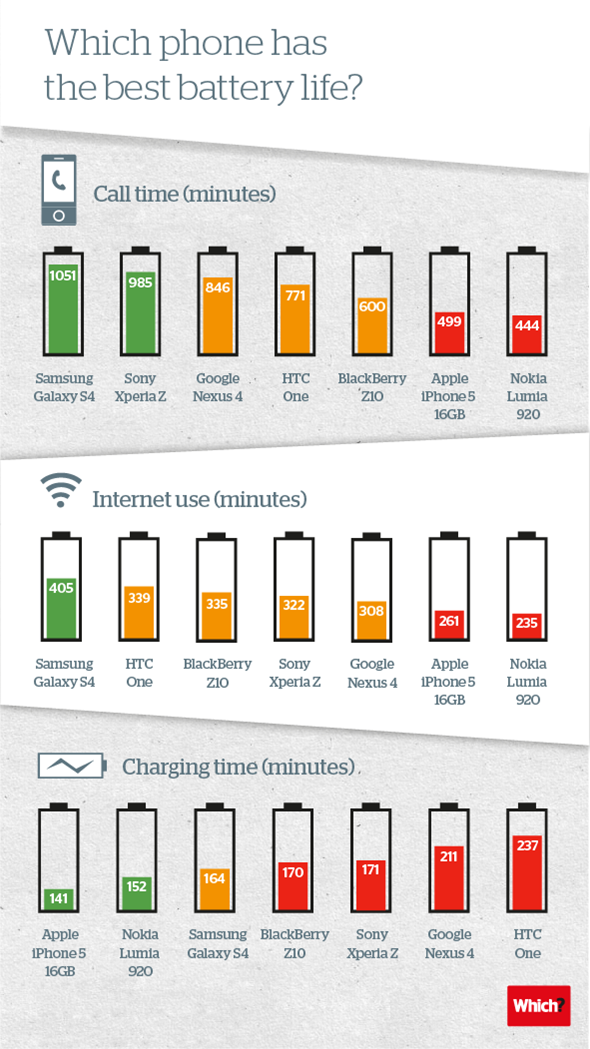 Having seen this infographic, would you reconsider your purchase of a Lumia 920 or iPhone 5? Or does the Lumia’s superior camera and the iPhone’s sleek build still have you completely sold? Share your comments below, we love to hear from you!