In addition to the inclusion of a dedicated ‘panic button’, the new law states that manufacturers planning on releasing smartphones into the Indian market from January 1, 2017, must also bundle in GPS functionality that allows the device’s location to be broadcast. Global manufacturers like Apple and Samsung have long included this GPS-focused functionality – in fact, GPS goes all the way back to the iPhone 3G, if you can remember that far back – so it seems that all future devices will comply with the new law from that perspective. There will be some additional work to do to ensure that owners have access to the aforementioned ‘panic button’ that will be required by law in the country. 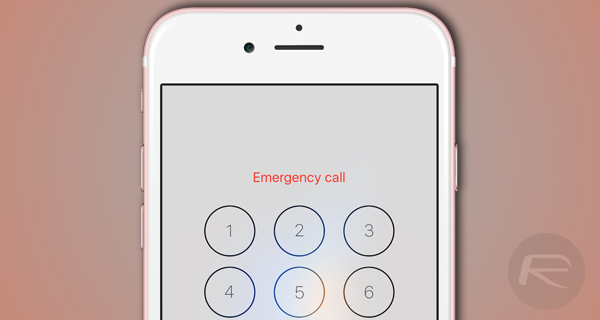 The document outlined sets out exactly what manufacturers must do in order to comply with the new rules. Manufacturers, like Apple, are invited to build devices that ship with a physical panic button dedicated to contacting the local emergency services and broadcasting the location as well when an owner is in need.

If a manufacturer doesn’t want to add a separate button for this, there’s also an option for companies to repurpose an existing button on the device with an additional gesture that would offer the same functionality as above. It’s very unlikely that Apple will ship a device in India with an additional hardware button that isn’t on its iPhones in other markets, so to that end it’s likely that the company will opt for the software manipulation route.

We imagine that the majority of big manufacturers offering hardware in India will likely do the same. The recommendations attached to the document include being able to access the emergency services with a fast triple press of the existing home or power button on a device. Or, if the user still has a feature phone, which is still extremely popular in India, the same action would be achieved by a long press on a specific key on the keypad.