A strange glitch in Apple’s iMessage system, sees the words ‘Obama’ and ‘surprise’ deleted when entered in a certain way. Sending the message "I could be the next Obama " – taking careful note of that space at the end of the sentence, sees the name of the U.S. president removed completely, and the same goes for "The best prize is a surprise ".

Apple has had to deal with some rather disconcerting flaws and bugs within its iOS operating system over the past couple of months, but this particular issue is just plain strange. 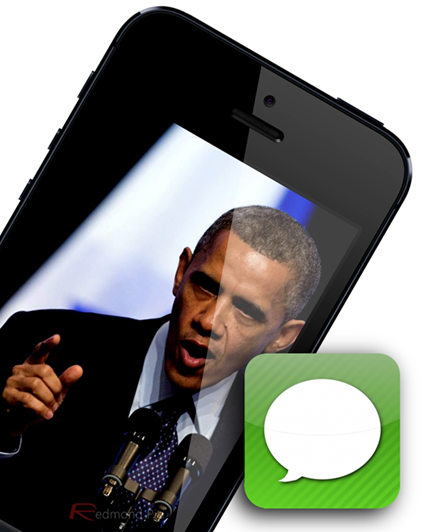 We have tested and found the issue to be prevalent on an iPhone 5 running the very latest iOS 6.1.3 software, and having tried on another device with iOS 6.1.2 installed, this looks to be an issue exclusive to the most recent release. Moreover, it doesn’t seem to affect iMessages read on a Mac using OS X’s recently introduced Messages app.

As to why these bugs have occurred and also, why these words in particular have been blanked out remains something of a mystery. The words are seen as normal right up until the point when the ‘Send’ button is hit, and then seem to vanish into thin air. There could be a bunch of other words affected and although we’ve not felt compelled to run through the entire dictionary, do let us know if you come across any more blanks. 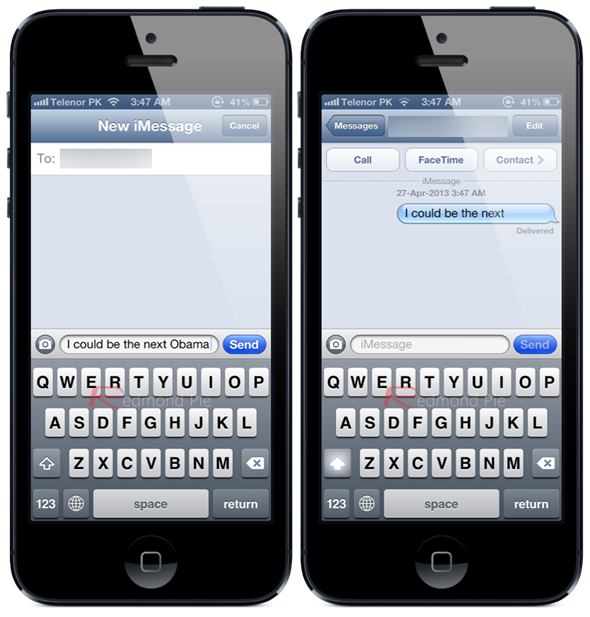 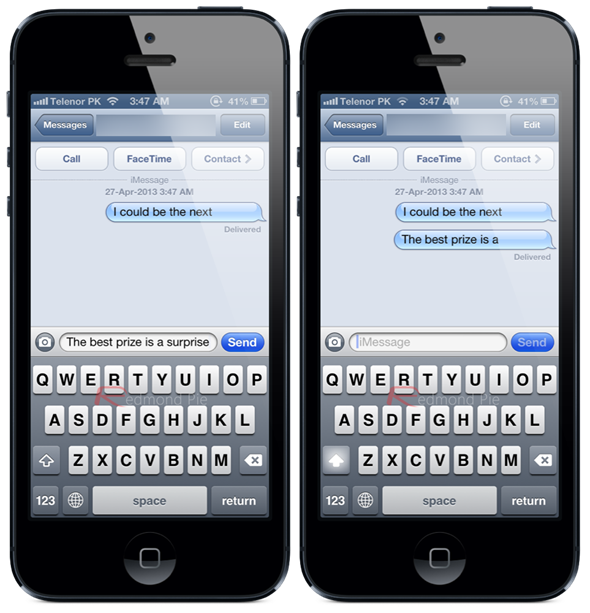 This isn’t the first time iMessage has been in the news for the wrong reasons, and although these deleted words are certainly no real cause for concern, some of the issues in times past have been a little more alarming. More recently, a bunch of developers were hit with iMessage DoS attacks, and although iMessage has garnered its fair share of praise in its first 18 or so months on iOS, these issues, coupled with the rather frequent downtimes, prove there’s still much work to be done to improve this popular service.

Digressing a little, I would love to hear a few good conspiracy theories as to why you think "Obama" and "surprise" are the two known words to have disappeared, so please do leave your comments via the usual channels below!

(via: TheVerge) Thanks, David for the hat tip!