iMac Also Set To Get A Retina Display [REPORT]

Tying in rather nicely with the reports of an imminent Retina display-toting 15-inch MacBook Pro, it has also been revealed that the next installment to the iMac series could also pack in the pixels, bringing the super-sharp screen we’ve grown to love on the iPhone and iPad.

Natural progression and recent history tell us that the best features of any device will soon trickle out to the entire range, and with Mountain Lion dragging a plethora of iOS features through to OS X including Game Center and iMessage, it appears software is only the beginning of the iOS-ification of the Mac range.

Given the sheer size of the iMac’s screen, we’re talking serious sharpness and quality which will likely stun even those enjoying the resolution of the two month old iPad. Nothing’s set in stone, of course, but according to ABC News, the updated iMac could also be unveiled at the WWDC’12, the breeding ground of many a great announcement in years passed.

Additional details are scarce, and it is unknown whether much else will be upgraded with regards to hardware. Moreover, there’s no word on when the refreshed Macs will be launched, although our previous report suggests the MacBook Pros are ready to hit stores.

All will become much clearer on June 11th, and although the tech world usually does a pretty good job of guessing new products in advance, Apple’s opaque veil of secrecy means there’s usually a surprise or two in the offing, so it will be interesting to see what the score is in a months’ time. 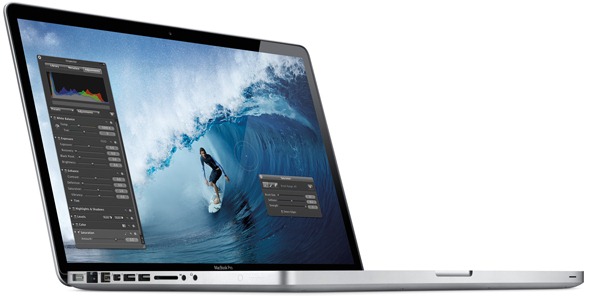 As a fan of the iMac, I would most certainly welcome a Retina display, and would love to see just how smooth and sharp OS X looks under the unforgiving resolution. The MacBook Pro would likewise benefit greatly from a Retina display, although one suspects tweaking its form factor in the image of the uber-sleek MacBook Air would have been an even bigger compliment to the notebook. Unfortunately, as we mentioned in yesterday’s report, that doesn’t look likely to be happening, but Retinas all round would certainly offer some solace to those contemplating a new Mac some time this year.

The only thing which is baffling us at this point is; how will Apple manage those many pixels on a Mac?