With the iPhone being such an iconic product in popular culture as well as the tech industry, the talk show hosts regularly latch onto it. In fact, Jimmy Kimmel regularly sets about mocking those with less than a clue about what’s next out of Cupertino, and with the iPhone 6 well and truly on the horizon, fellow chat show host Conan O’Brien has taken a rather humorous swipe at the upcoming handset.

With analysts suggesting that the iPhone 6 increase in size will prompt a large number of Android users to jump ship and record upgrades from current iPhone users, the likes of Samsung are already on red alert, but as the Korean company tries to switch up its Apple trolling campaigns at this crucial time of year, it’s received something of a helping hand from Con. 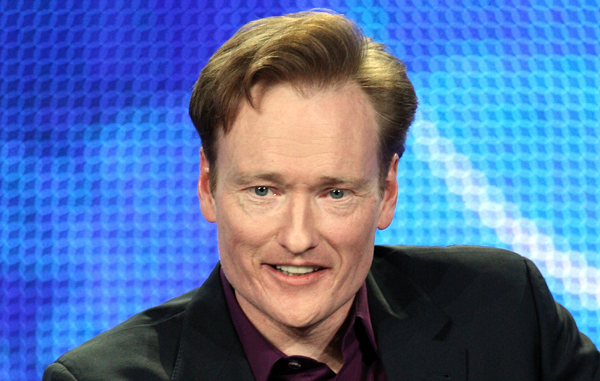 In a monologue, he delved into the notion that Apple will bundle a larger display and better operating system into the iPhone 6, suggesting that the Cupertino giant is essentially coming through with "last year’s Samsung Galaxy."

Naturally, the gag was well-received by the crowd. But given the fact that, when you think about it, Apple isn’t actually set to offer much with the iPhone 6 that isn’t already found among swathes of Android handsets, it’s pretty astonishing to think that tens of millions of units will likely be sold in the first weekend alone.

The annual dose of iPhone Fever is currently taking a stronghold, and seems to be gripping folk much tighter than usual. With a 4.7-inch display set to grace the device and an even larger, 5.5-inch model likely to arrive later on, it’s no wonder there’s an increased interest this time around, and indeed a renewed sense of curiosity from those who’d gone for Android merely for the bigger screens.

As far as we know, the announcement of the iPhone 6 is slated for mid-September, with the 4.7-inch handset releasing later on in the month. Aside from the size increase, we’re also expecting an improved processor and camera, iOS 8, a complete redesign in the image of the iPad Air, and NFC, among several other possible upgrades.

We’ll keep you posted on any further info regarding the iPhone 6, and in the meantime, be sure to check out Conan’s hilarious monologue below.