Humor: The Truth About Google Glasses

It feels like Google Glass is on the tip of everyone’s tongues right now, even more so since developers got their hands on a unit recently. We’re sure you’re more than aware of Google Glass already, but for those that haven’t been paying attention or somehow managed to miss the next big thing in technology, then here’s the skinny; Google Glass is a computer. On your Head. With a camera.

We may be oversimplifying things to an alarming degree, but that’s basically what Google Glass boils down to, with your spectacles quite literally keeping their eyes on you. Everything you see, everything you hear is recorded. As if that wasn’t cool enough, they’ve even got a mini heads-up display. Fancy stuff indeed.

All this has led TheJoyOfTech to base its latest comic on Google’s yet unreleased gadget and the result is typically great. 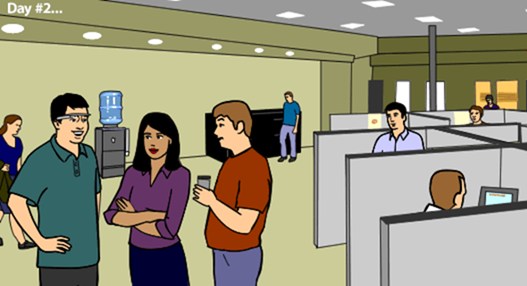 Beyond being amusing, the comic raises some interesting questions that have been bubbling beneath the surface since Google Glass was announced. Mainly, how will people react to being face to face with someone wearing Google Glass? Will people mind being recorded every time they speak to you? Is it even legal? Will it invade the privacy of the person whom you’re talking to or facing with that high tech spectacle / computer on your face?

Google’s pushing forward regardless, and the devices are set to go on sale with a hefty price tag, believed to be between $1,000 and $1,500. Nobody ever said bleeding edge technology was cheap, but we wonder just how many people will buy Google Glass when the push comes to shove, and we certainly don’t expect the price to drop to a more reasonable level just yet. That’s a shame, mainly because we’d love to have Google Glass on our heads ASAP!

Along with the infamous self driving Google cars, Google Glass is seen as a shining example of what makes Google, Google. Could you imagine Microsoft trying to pull off such a thing? Even Apple would shy away from such a bold move, but not Google. That doesn’t mean we don’t expect to see Apple join the market should Google Glass take off, of course!