HTC One X Turning 3G & Wi-Fi Off Overnight? A Fix Is Now In The Play Store

HTC’s One X is widely accepted to be one of the best Android phone around at the moment. With Samsung’s Galaxy S III currently getting all the plaudits, the One X is still a handset that should not be forgotten. If you’re the owner of HTC’s latest flagship phone, then you may have noticed a problem – the handset keeps turning all its data connections off overnight.

Users around the globe have been reporting that their new HTC handsets – the One X is not the only one, anything with Sense 4.0 is potentially affected – are turning off their data and Wi-Fi connections between the hours of midnight and 7am once the screen has been off for over twenty minutes. While not a problem for some, this means that no push notifications are received, and for anyone audacious enough to be out of bed beyond midnight, that can be an issue.

HTC is calling this a power saving feature, and considering the handsets do not behave in this way when on charge, we are inclined to believe them. The idea is a simple one; If you’ve got your phone on your bedside table overnight, the chances are that you are not going to see your emails until morning. That’s great and all, but what if you, for example, work nights? You’re stuck.

Well, not quite. It turns out that the issue can be corrected by turning off SmartSync, which can be achieved by installing an app that has now been released to the Google Play Store. The app has been tested by many throughout a lengthy XDA Developer forum thread, and we have tested it ourselves here at Redmond Pie. The result? Our Wi-Fi and 3G connection stays connected throughout the night, with no issues. Result! 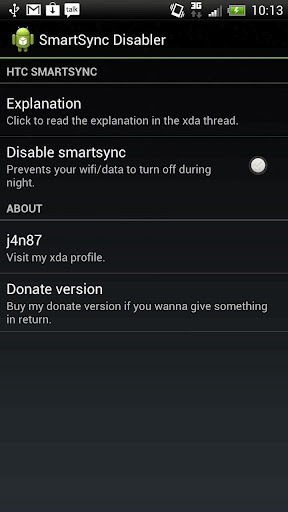 The app itself can be downloaded from the Google Play Store now and is free. If the app does help you out though, you might want to get the paid-for version, which is basically a donation to the developer for his work. Considering this little app potentially fixes an issue that could be a real pain for some, handing over a couple of dollars seems more than fair to us. 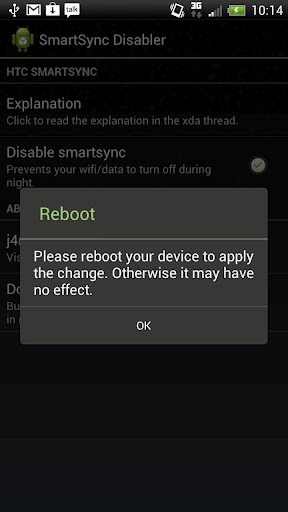