How To Use Beats Music Without Flash In Safari For Mac

If you’re a Beats Music subscriber then you would be aware of the fact that the service requires Flash in order to work. If you loathe Flash however, and want to use the music streaming service without installing Adobe’s plug-in, then there’s good news for you; a new Safari extension called BeatsMe, allows you to use the Beats Music Web player using HTML5 instead of Flash. Head over the jump to find out more about this add-on.

Flash is one technology that is slowly being phased out as HTML5 takes over as the newest, more effective and efficient solution on the Web. According to Chris Aljoudi, the developer of BeatsMe, the extension was a result of his disappointment stemming from understanding that the Beats Music Web player uses the Flash standard. Of course, the extension is totally free and a minimal one as well with which “You even get better battery life in comparison as a free bonus!” 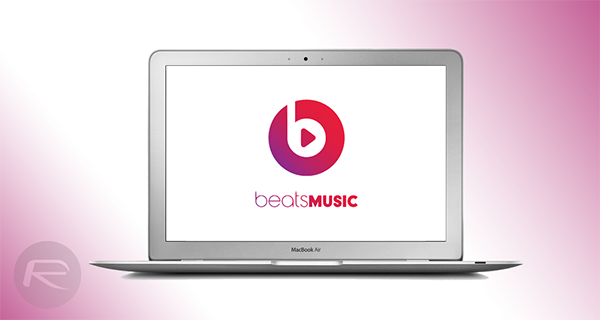 Flash is known to be more power and resource hungry when compared to HTML5, which has now become a standard affair for the popular video streaming site YouTube. With Beats Music using Flash, it wouldn’t be much of a concern for iMac users who don’t have a battery to take into account for when using the service, but MacBooks however, are far from that freedom. Not only should BeatsMe eliminate the need for Flash to be installed on your notebook, but being the HTML5 based Web player that it is, MacBook users should be able to save some vital battery juice as well. 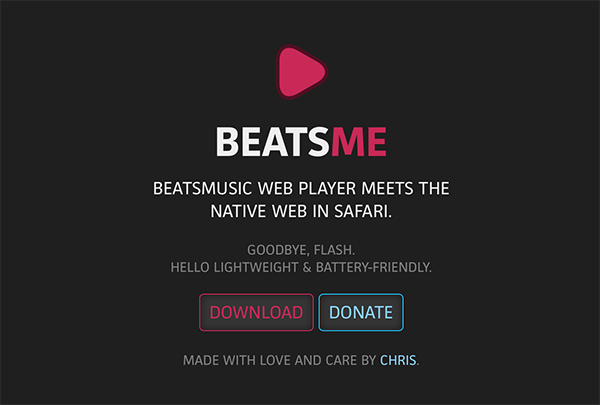 Almost a year back, Apple had acquired Beats Electronics for a sum of $3 billion, and there have been quite a few hardware releases overseen by the Cupertino company since then. And of course, Beats Music was a part of the whole deal. Despite Apple being at war with Flash, which started back in the era of Steve Jobs, Beats Music still lurks in the area which is painted in red for the Cupertino giant, thanks to its Flash requirement. We’re expecting Beats Music to get a massive revamp at WWDC, so hopefully, the service won’t require Flash afterwards.

You can download BeatsMe by heading over to: chrismatic.io/beatsme/ and be sure to let us know in the comments section what you think about the extension.