How To Track Your Sleep Using Apple Watch

Sleep is an important part of our lives, and getting as much of it as possible is vital if we are to perform at our best. Unfortunately very few of us do get the amount of sleep we require, and even when we are in bed, the quality of the sleep we get isn’t necessarily up to snuff. Quality sleep is what counts, though sometimes we’d just take any sleep at all!

Apple hasn’t yet added native ability for the Watch to do sleep tracking, but a third-party app fills that void! If you’re the kind of person that likes to track everything to within an inch of its life, then keeping tabs on how long and how well you are sleeping is something that will be right up your street, and if you own an Apple Watch, you will want to get your hands on a handy app called Sleep++. It’s free, and completely awesome. 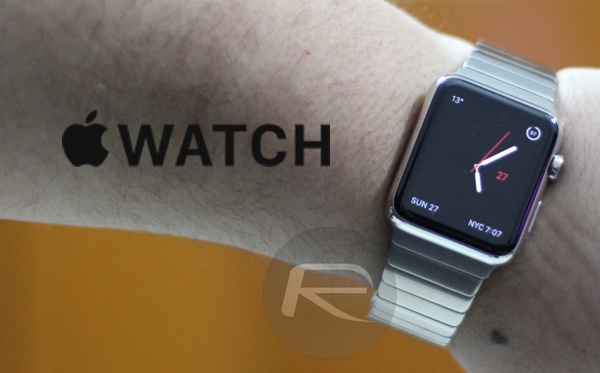 The iPhone portion of the app is all well and good, but where the magic happens is on the wrist. When installed on an Apple Watch, Sleep++ will track your moment throughout the night and then report back to you in the morning. Before going to bed, simply launch the app and tap the button to begin tracking, and when you are up, tap the button again to stop the Watch from tracking your Sleep. Support for complication is also there so that you can launch the app or track your sleeping habits right from the watch face. 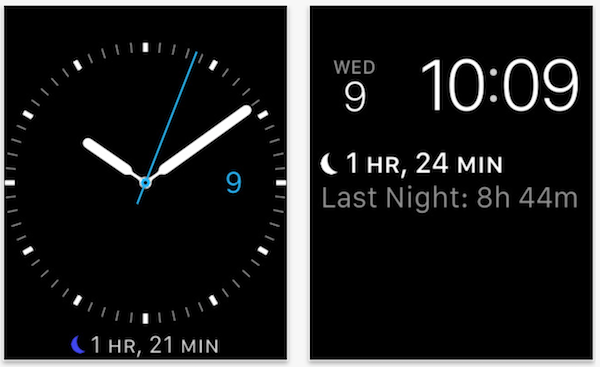 There’s a lot of work going on under the hood to make all that possible. Sleep++ has recently received a new update to version 2.0 that not only adds new features, but also includes a complete rewrite of the algo used to track sleep.

As the Sleep++ changelog explains, HealthKit support has been improved in this release, which is great news for those who have used the app in the past but been frustrated at its ability to share data with Apple’s Health app. Apart from that, version 2 also adds a new night detail screen for showing quality of your sleep each night as well as the ability to trim nights from the detail screen. The app now also supports time zone changes “letting you get a more consistent view of your sleep as you travel.” 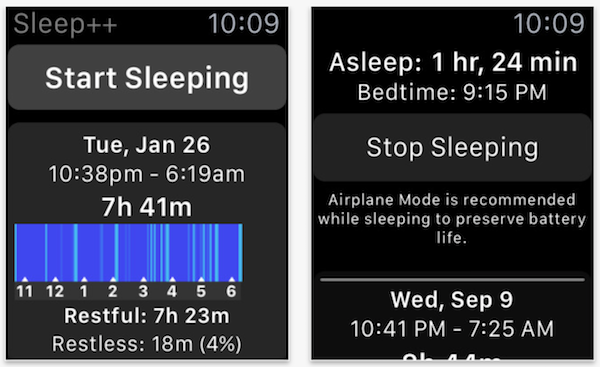 The downside of using Sleep++ is that you will obviously need to wear your Apple Watch overnight, which in turn means you can’t charge it while you sleep. That’s not actually a problem though, because it’s a little known fact that an Apple Watch essentially does a rapid charge depending on its current battery level. What that means is that you can wear your Watch all night, put it on charge when you have a shower, brush your teeth, get dressed and have that morning coffee and then come back to an Apple Watch with a significant amount of its juice restored. It may not be at 100%, but we are willing to bet your Apple Watch never drops below 50% each day when used from a fully charged state anyway.

As mentioned earlier, Sleep++ supports both iPhone and Apple Watch and is available as a free of charge download from the App Store.

(Download: Sleep++ for iPhone and Apple Watch from the App Store)