How To Sync Your Google Chrome Bookmarks, Tabs, History And More With Your Windows Phone Device

Deciding on which web browser is best is arguably one of the most contested disputes on the internet, with web surfers tending to opt for either Safari, Firefox or Google’s Chrome offering. If you happen to be one of the many who prefer Google Chrome, and also happen to let Microsoft handle your smartphone requirements then the chances are that you could benefit from an app that allows easy, problem-free synchronization of data in between the two. 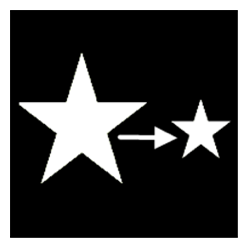 A new app, designed exclusively for the Windows Phone platform has been launched onto the Marketplace that allows data such as Chrome bookmarks, recently viewed pages and recently opened tabs to be synchronized to a user’s smartphone. Chrync, developed by Damian Mehers and published under the Atadore SARL name is built with Google Chrome users in mind and uses the same mechanisms that Chrome uses, meaning that unlike any offerings of the same ilk, it doesn’t require any plugin or extension to be installed on the user’s desktop machine.

Chrync talks directly to Google’s servers over a secure link, enabling the app to pull in all saved bookmarks, recent browsing history and recently opened tabs and give them all a home on the Windows Phone device, direct from a user-defined Google account. The synchronization of this data is extremely similar to apps such as the Chrome Sync app that is available for iOS devices, except Chrync has the added benefit of not requiring any additional extensions to be installed. 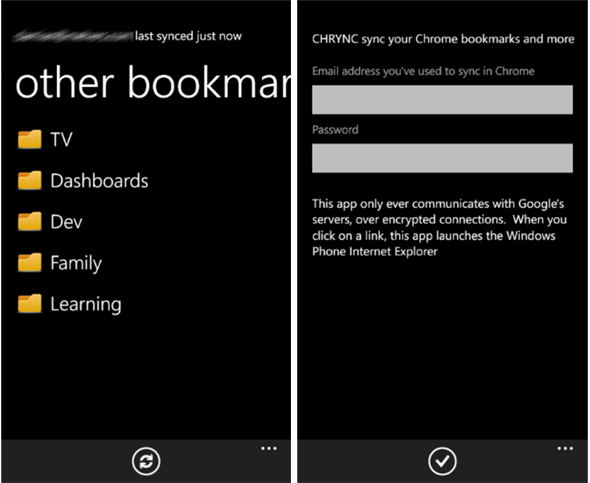 The Chrync app has been assigned a price tag of $2.49 on the Windows Phone Marketplace, which in all honesty is extremely reasonable for an app of this nature that provides the convenience of having a user’s Google data on their Windows Phone device. However, the developer has also included the option of a fully functional trial that has no expiration date on it, meaning users are free to use it forever if they wish. If the trial method is chosen, an occasional prompt will appear asking if you like to purchase a license to support the development team. Here’s a video demo of how it works:

The user interface of Chrync is extremely simple, with the app asking for the username and password of the user’s Google account before syncing the data, making it available through a native Windows Phone interface. Chrync is one of those apps that is built upon simplicity and does exactly what it says on the tin.

Thanks Damian for the hat tip!