Getting apps onto an Android device just got a little easier, with a free Windows app being released that makes installing APKs as easy as dragging and dropping them.

Right now, there are a couple of ways of getting apps onto an Android device. The first, and perhaps most obvious way is to head on over to Google’s Play Store and download your chosen app, or indeed, game. The store then handles all the download and installation of the aforementioned app, and you’re golden.

Unfortunately, we doubt Apple will see the light any time soon!

The second, and perhaps least used method is to sideload the APK itself. This is a method that tends to only be used by Android power users – those who want to install apps that are not available on the Play Store. To sideload apps, users can download the installation file, or APK, and copy it across to their phone’s memory. Once there, it will need to be run, usually via a file browser. Apps can also be installed by downloading them on the phone, via an installed web browser. Neither option is particularly elegant, though.

That’s where the APK Installer tool comes in. Using the free app, Android fans can install apps onto an Android device using their Windows PC by dragging the APK into the tool’s designated window. After that, everything’s handled with no user interaction at all.

The tool also lets users choose whether to install apps onto the phone’s internal, or external memory for those with massive memory cards, and apps can also be reinstalled should the need arise. 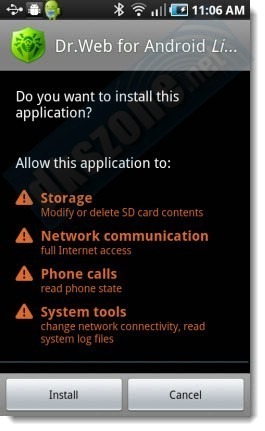 Users of Android devices should just be pleased they can install apps outside the Google Play Store at all. Apple’s iPhone and iPad simply do not allow such things, and not too long ago, some Android phones had the feature locked down at the behest of certain carriers, all in the name of security. Thankfully, that particular method of security control seems to have died out, and not a moment too soon.

You can download the Android APK Installer for Windows from this thread.