How To Set Up Emergency Medical ID In iOS 8

Apple’s new iOS 8 software is literally rammed with features and perks, but actually finding them all and learning how to use them once you’ve located them can be quite a trying task. To ease the burden, we’ve been running you guys through a series of tutorials and tips, helping you make the very most out of your new device and / or software, and with the Health app having been a major talking point in the months leading up to iOS 8’s showcasing at the Worldwide Developers’ Conference back in June, we’re going to show you how to set up your emergency Medical ID right now.

The Health app will be an integral component not only of iOS 8 looking ahead, but also Apple Watch. An extension of the Cupertino’s iOS software ecosystem, Apple Watch will apparently work in sync with iPhone to track and deliver pinpoint fitness and health data on the fly, and although the wearable is still a good few months from its "early 2015" release bracket, the Health infrastructure will likely be remembered as the marquee feature when we look back at iOS 8 in future. 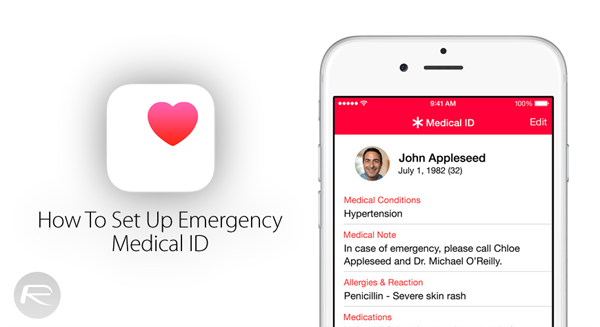 The Medical ID feature is baked into the health app, and allows specific, potentially-critical information about your health and wellbeing to be stored on your device. It can also be set up in such a way that it is accessible right from the lock screen by anybody, which is a double-edged sword in that although it’s useful in case of a medical emergency, anybody could potentially snoop on this rather personal data.

Still, if you want to set up your Medical ID, the steps are relatively simple.

Step 1: First and foremost, you’ll need to fire up the Health app, hit the Medical ID menu at the bottom and select Create Medical ID. 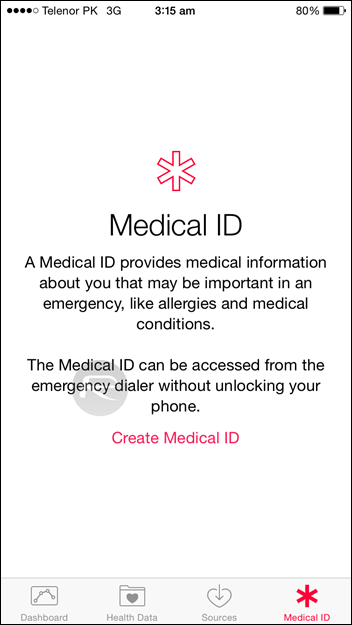 Step 2: By selecting the Show When Locked feature, your Medical ID info can be seen even if you’ve locked your device with a Passcode. You don’t have to opt in if you don’t want to, but obviously the potential benefits are lessened if you do not. 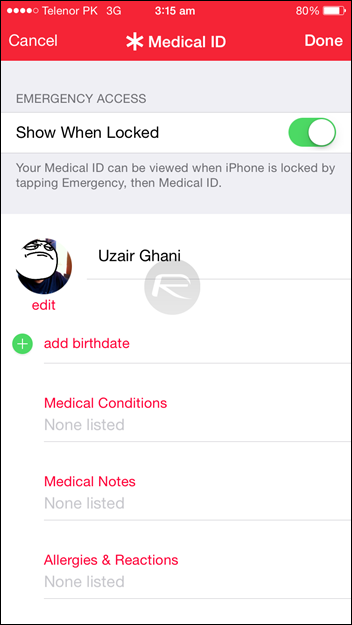 Step 3: You can then proceed to fill in your health-related info including medical conditions, allergies and medication, as well as info on emergency contacts.

You can access your Medical ID on the lock screen by simply swiping to the Passcode screen, then tap on Emergency, and then the Medical ID button as shown in the screenshots below: 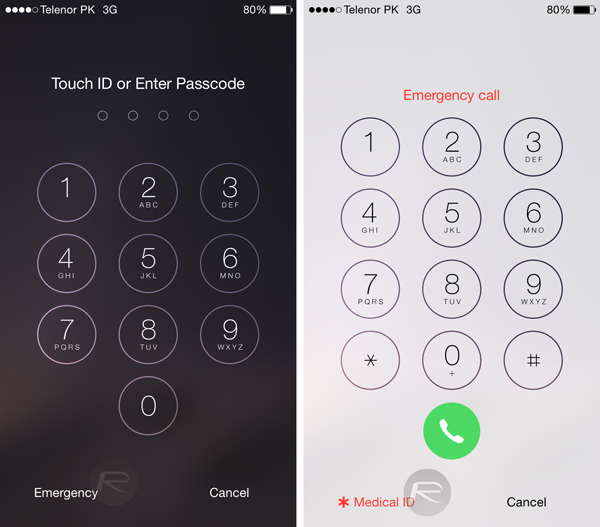 After the major Health app glitch prior to the roll-out of iOS 8, many of its features have yet to be brought to the table, but as Apple deals with the rather botched iOS 8.0.1 update, hopefully this major iOS 8 component is soon boosted by the as-promised functionality.