Ever wanted to run a full screen Windows 8 app in a window? Well, now you can with complete ease.

Windows 8 had long been controversial, ever singe it was first shown off last year. As soon as everyone realized that Windows was changing at the core, there has been a steady stream of detractors itching to see it fail. One of the biggest big bears for those that just don’t like the new Windows 8 way of doing things is the full-screen application style that mimics that of a mobile device.

Some apps, like Internet Explorer for example, currently take over the entire screen, making it feel like a giant tablet app rather than sat on top of a desktop like Windows of old. Some like it that way, but many don’t. That’s why, we presume, the folks over at Startdock have set about trying to come up with a way of getting the best of both worlds: gorgeous Windows 8 apps, but ones that behave more like apps designed for the Windows of yesteryear, we’re talking about the legacy desktop environment here, in case you’re wondering. 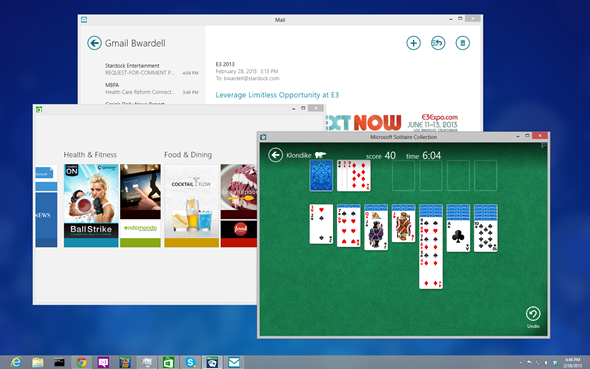 Going by the name of ModernMix, this $4.99 app (we’ll come back to that later) takes Windows 8 apps and puts them into a nice, resizable window. If you’re a Windows 8 user that’s been hankering after that Windows 7 feel to some of your apps, then it would seem you’re in luck!

The app windows can be minimized, and maximized should the urge take you, and all while maintaining the look and feel of a Windows 8 app, but without taking up the entire screen. Awesome stuff indeed. 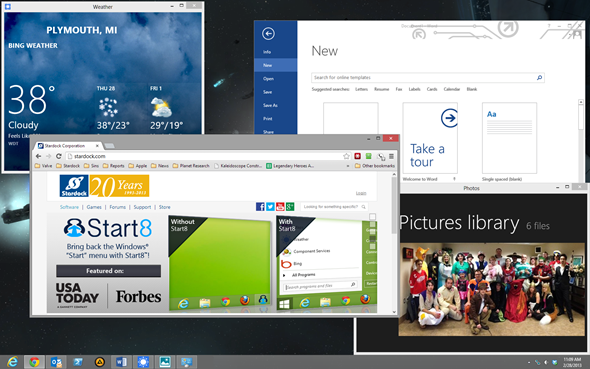 The downside? Well, it may or may not be something that you consider, but Startdock is currently marketing ModernMix as a beta application, yet are charging just shy of five dollars for the privilege of testing it out. We’re not big fans of charging people to beta test your product, so we’ll give them the benefit of the doubt here and hope that it’s a complete app that’s just being marketed poorly.

Stardock’s ModernMix can be downloaded now from here, and at $4.99 it sounds like a winner to us, even with that disappointing beta moniker.