You can now record 4K videos on your iPhone 6 and iPhone 6 Plus with the new Ultrakam 4K app for iOS. The iPhone 6 / 6 Plus have an immensely potent camera as it is, but given the hardware prowess that it possesses, the new app from Ultrakam will now push video recording to its limits on the latest smartphones from Cupertino.

There are quite a few handy video cameras on the market that capture 4K videos on the go, not to mention the likes of the latest Android devices that have – or are about to – hit the market. iPhone 6 / 6 Plus could have easily played the 4K card, but Apple as always did not dance in sync with the industry. Luckily with Ultrakam 4K, users can now capture videos at 50MB/s at a resolution of 3264 x 2448 pixels, though what this quality spells for your storage is something I’ll leave for you to speculate on. Recording can be done at 20, 24, 25, or 30 frames per second in the popular M-JPEG or H.264 formats. Interestingly, users can adjust the quality of the 4K movie to be recorded with a percentage slider. 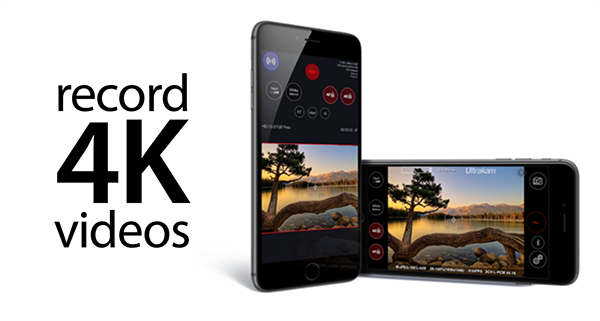 The first Ultrakam app came out for the iPhone 5s with 2K video recording capabilities, since that is all the hardware could squeeze out. According to Hassan Uriostegui, Ultrakam’s developer, “For me, Ultrakam 4K is how I really wanted to do the original Ultrakam, but previous hardware and software limitations didn’t allow it to be.”

Ultrakam 4K offers features that go beyond the default set found in iOS 8’s stock Camera app. A feature that can appeal to many avid movie makers is the remote control companion app which lets users stream the live camera feed to another iPhone or iPad over a Bluetooth or Wi-Fi connection. That’s not it, users can adjust settings such as focus, exposure and more as well, straight from the companion app. 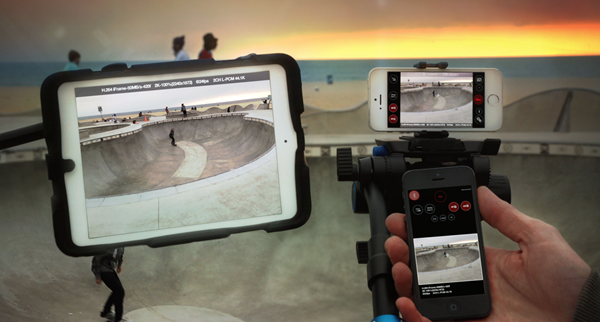 This wouldn’t be the first time the iPhone 6 / 6 Plus have been associated with the 4K moniker. A while back back, just after the iPhone 6’s release, it was discovered that the smartphones could play 4K videos as well, something that Apple did not even talk about.

Ultrakam 4K requires an iPhone 6 or iPhone 6 Plus in order to take full advantage of 4K video recording.

(Download: Ultrakam 4K for iPhone on the App Store)