How To Get iOS 8 Beta Notification Center On iOS 7.x

Given that iOS 8 is already in its second beta, some of the features announced at WWDC are starting to take shape, and naturally, jailbreak developers have sought to emulate some of iOS 8’s treasures by recreating them for those on the current iOS 7. The Notification Center will be subject to a relative overhaul with iOS 8, with a new look allied to widget support, and if you’re in favor of this smartly-modified aesthetic, then a new tweak will help you to achieve the new look without jumping into the potentially unstable realm of betadom.

The release of the Pangu jailbreak for iOS 7.1 and iOS 7.1.1 has certainly re-ignited a jailbreak scene that had begun to quieten down after Apple’s patching of Evasi0n with iOS 7.1, and as such, we’re braced for a multitude of new and great tweaks. It’s often around this time that jailbreak devs begin to wind things down and look ahead to what’s next, but with the Pangu team having burst onto the scene earlier this week, there’s a lot of life left in iOS 7 yet. 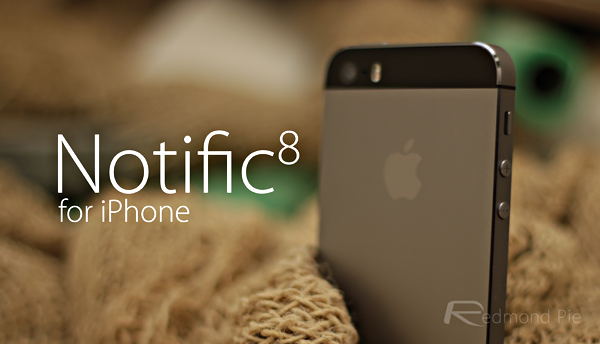 A new tweak by the name of Notific8 brings that neat iOS 8 Notification Center to iOS 7, and the good thing is, it works on all devices running iOS 7.x. So whether you took the Evasi0n route or opted for the Pangu option, you can enjoy an iOS 8-like Notification Center without having to mess around with betas.

As you can see from the screenshot, it does exactly as it purports to do, and does so rather nicely. Sure, it’s not a perfect replica, but it’s the closest thing you can get to the iOS 8 Notification Center at this stage, and will help ease you in before the GM of Apple’s next big software release arrives in the fall. 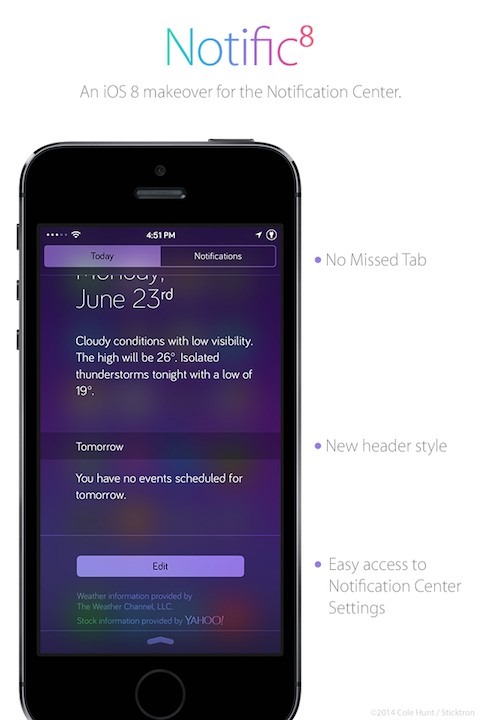 Notific8 is free, and can be picked up via the BigBoss repository.