How To Get iOS 7 Beta Control Center On Android

It’s been said on more than one occasion that iOS has now introduced a number of features that were pioneered by the Android platform, so it seems only fitting that Android dedicated developers are now starting to feel "inspired" by Apple’s iOS 7 beta Control Center feature. Rather than re-imagining that feature, Hi Tools Studio has pretty much just recreated Control Center for Android users, literally, and it’s even called Control Center!

They do say that imitation is the highest form of flattery, and if that’s true, then Sir Jony Ive and his design team should chalk this one up as a big compliment to the work they have put into iOS 7. The developers of the Android based Control Center app describe the package as an "iOS 7 style and Android capability Control Center" and promises to bring the iPhone user experience to Android devices. There’ll be plenty of users who think that Android is doing just fine without the iPhone "experience", but it is hard to deny that Control Center does look stunning and offers a great set of quick access features. 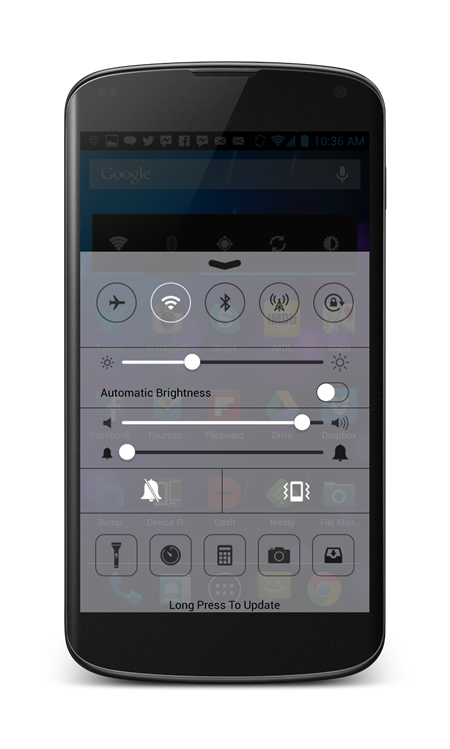 The app itself is pretty much a carbon copy of what Apple is trying to achieve with Control Center. The visuals of the app are all but identical, with Control Center being invoked with a minimalistic overlaid sheet that contains a number of toggles, sliders and quick access buttons that exist to perform a variety of tasks throughout the system. Android users will find themselves having access to things like being able to quickly toggle Wi-Fi on or off, lock the rotation of the device, switch cellular data on or off as well as toggle between Bluetooth and flashlight states as necessary. Think iOS 7 Control Center, but on Android, and customizable. 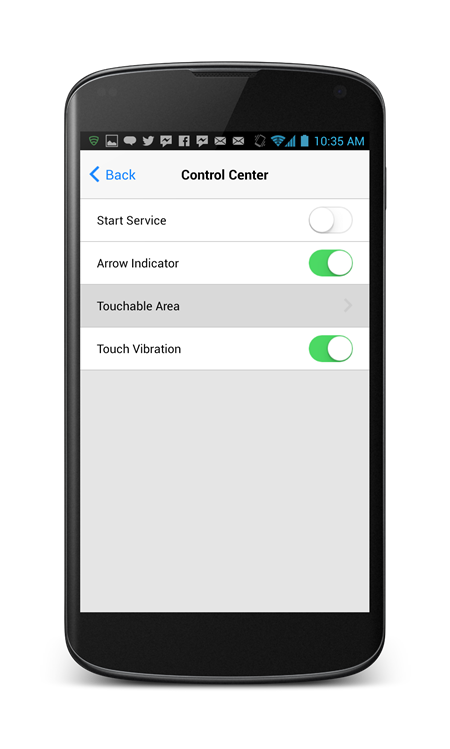 Familiar sliders offer support for system and ringer volume as well as allowing users to immediately change the brightness of the phone or tablet display. Quick app opening is also available for the Clock, Camera, Calculator and other apps. The Android variant of Control Center supports both the English and Chinese languages, and although it is a blatant copy of what Apple is trying to achieve with iOS 7, it still manages to provide a great user experience. 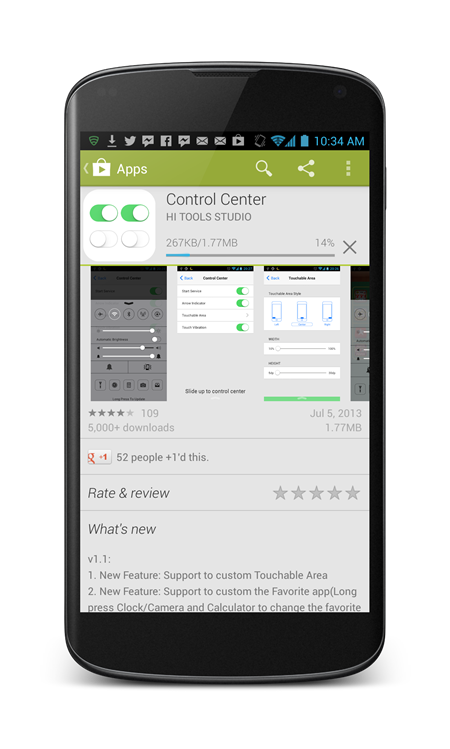