How To Get Full-Screen Folders In iOS 7

It took Apple until iOS 4 to finally come through with the basic commodity of folders, and a further three revisions – right up to iOS 7 – before these folders could finally be deemed substantial. But while it’s nice to be able to put an unlimited amount of app icons in one spot in iOS 7, there’s still room for improvement, and a new tweak called FolderBoard offers a little something extra by allowing you to open folders in full screen mode.

Even though Apple has brought forth many great features with iOS 7, it’s still mystifying that almost every facet of the firmware still seems arbitrarily limited in one way or another. Being able to dive right into the full-screen folders is a breeze too, with absolutely no settings to configure from the get go. 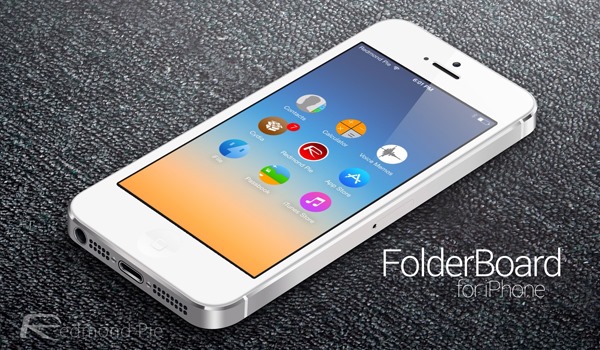 Once installed, FolderBoard will open up folders in full-screen mode, and as a bonus, also bring pinch-to-close for added finesse. There are no options to configure like we said before, but it does work well as advertised, and although it will still only show nine icons per page, it does make everything appear nicely spaced out.

FolderBoard is absolutely free of charge, and can be picked up from the ModMyi repository right now. Sure, it’s not as feature rich as some of the other tweaks we’ve featured here at Redmond Pie, but it does the job it sets out to do, and does so well. 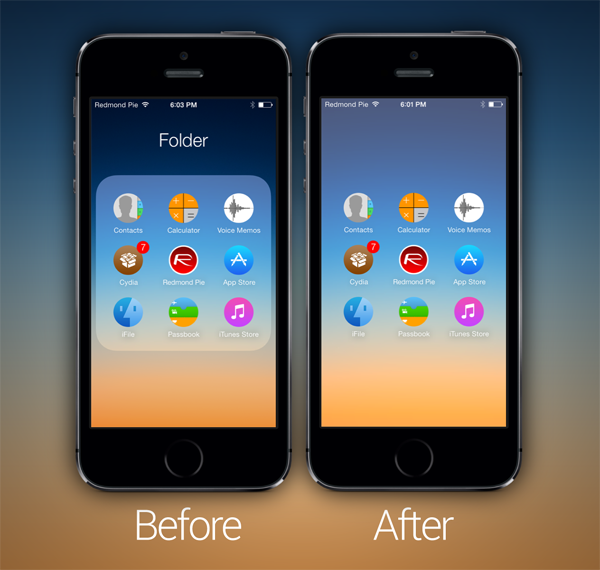 Personally speaking, I think the full-screen look is superior, and having downloaded this tweak purely for the purpose of testing it out, I will certainly be keeping it installed on my device for the time being.

As a side note, you can also get full-screen folders by purchasing FolderEnhancer for iOS 7, an incredibly useful, long-standing tweak that lets you modify the way your folders behave to the nth degree, and as well as providing seemingly endless functionality, it lets you customize the appearance of text, implement custom backgrounds, and other such niceties.