Although the fact that HTC forcibly includes the Sense overlay to most of its handsets can grate on its users (including this one), it does have a number of useful features, and with this in mind, it stands to reason that users on non-HTC handsets might want a piece of the action. By means of DO Launcher, this is now a possibility, and since XDA-Developers is a common source of great Android hacks, it should come as no surprise that one of the site’s recognized developers should come through with this method of spreading the Sense 5 love. Details, as ever, can be seen below.

While it’s often the case in the Android community that certain features are simply lifted from one device, ROM or OS and ported to another, that’s not quite the case with this ‘Sense 5’ home launcher. In fact, it’s more of a replication effort, but while numerous scare stories have taught us to beware of fake products whether they should take the form of apps or devices themselves, DO Launcher is instead a perfectly innocent, very worthy alternative for those who cannot utilize the real Sense 5. 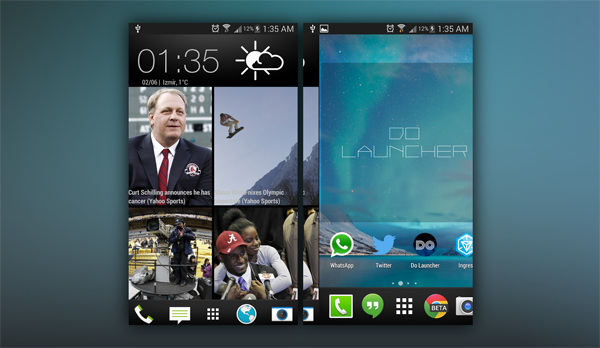 One of the main features of Sense 5 is BlinkFeed, which HTC touts as a flowing, social portal of your content from news to social networking activity, but while not every HTC user (including, again, this one) has been taken in by it, it’s a conceptually sound implementation that has certainly become the center of many a user’s daily Android interaction.

As well as the BlinkFeed incarnate, there is also a handful of themes thrown in for those who like to tinker, and with a tidy weather widget to boot, DO Launcher has plenty to offer. 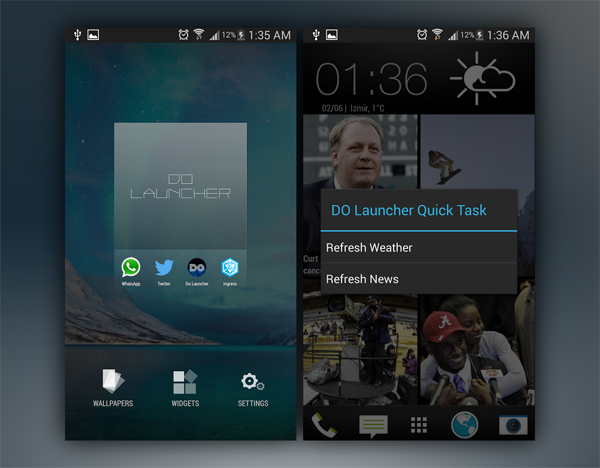 If you feel like giving it a try on your device, you can grab DO Launcher right now via the Play Store link below. It must be noted, however, that it is still in beta, so if you should encounter any issues or wish to report bugs, then please head over to the original thread on XDA.

(Download: DO Launcher Beta for Android on the Play Store)