Google’s Android ecosystem has made a spectacular amount of progress over the past year or so, and one of the key enhancements from Ice Cream Sandwich (4.0) through Jelly Bean (4.1 and up) has been that of the task manager. Switching and killing tasks is a lot easier now than it was on older firmware, and thanks to the work of XDA-Developers member hamzawi, the recent apps menu is now available for those on Gingerbread, Honeycomb, Froyo, and other older Android ROMs.

Of all the features of post-2011 Android, the recent apps menu is among my personal favorites. All open tasks are available to view at a glance, and it makes managing the device in general a great deal easier. Having been on Jelly Bean for over six months now, it’s hard to imagine life without the newer task manager, but then again, those on older software would not yet have even had the chance to experience the benefits. That was, at least, until now.

For those who’ve yet to enjoy either Ice Cream Sandwich or Jelly Bean, today you can have yourself a taster thanks to XDA Senior Member hamzawi, who has developed a tool to replicate the ICS or JB task manager on Gingerbread or older devices. While it has been out for a length of time, the app itself has been paid-only hitherto, but the release of a free version will be more than welcomed by those still languishing on antiquated software. 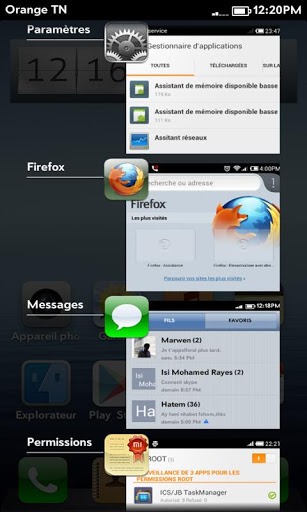 The paid version still boasts a couple more features than its free-to-download counterpart, but nevertheless, you still get quite a bit of bang for your metaphorical buck. The recent apps menu is displayed as per ICS and Jelly Bean, and the swipe-to-kill works just fine also. In addition, you’re also treated to a widget which kills all tasks in one go, which is handy if – like me – you seem to leave a million and one apps open at any given time. 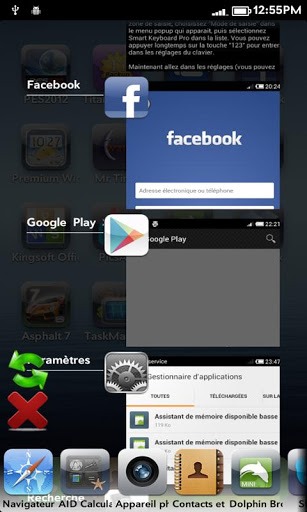 You can download the free version right now via the Google Play Store link provided below.