While Dropbox has been offering its cloud storage services for a good few years now, things are a lot more crowded with the big names in tech chiming in with their own efforts. Microsoft’s SkyDrive, Google Drive, and Apple iCloud have all emerged over the past couple of years, but despite their presence, the smaller companies continue to plug away for a piece of that pie. Box is one such service, and has really thrown down the gauntlet to its overbearing competitors by announcing 50GB of free storage to those on iOS. The promotion, which is in celebration of the app’s recent iOS 7-ification, can be obtained by anybody with an iPhone, iPad and iPod touch, so if you’re interested, check out the details after the leap!

The wondrous thing about this offer is that it seems to be that users get their 50GB for life, and won’t lose it after a set period of time. It’s often the case that companies offer big, cajoling offers in the tens or even hundreds of GBs to get users to sign up, only for the proverbial rug to be swept from under them when they’re hit with a subscription some time later. 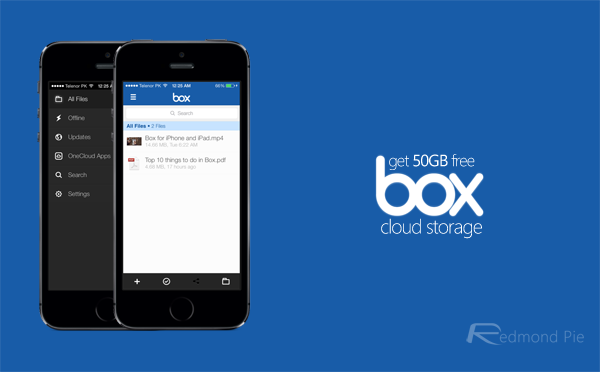 The increase is more than welcome, particularly given that Box already offers 10GB of free storage to new customers. Yet while it does seem a little too good to be true, that is because, like most things, it’s not without its caveats.

For example, despite allowing you to grab a handy 50GB of space, your file size limit for uploading is still capped at 250MB, which is meager given how much total storage they’re now offering from the get-go.

If you’re planning on backing up photos, documents, and other such minimal effects, then you’re probably okay with Box’s restrictions. But I can’t help thinking that, once you’ve begun whimsically filling your cloud space up with goodies, you’re going to encounter issues when you realize that you have some files that you’re going to have to stash elsewhere. 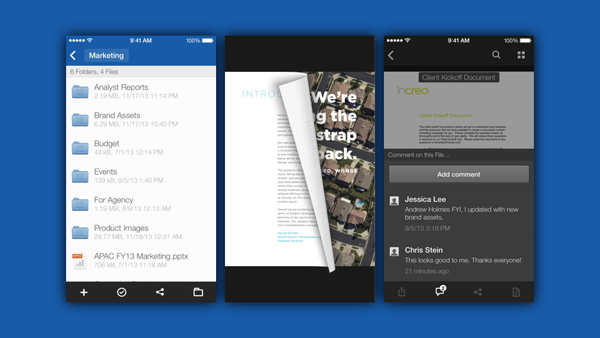 All you need to do to take advantage of this is download the latest Box 3.0 and sign up.

(Download: Box for iOS on the the App Store)