How To Fix Evasi0n7 Configuring System 2/2 Error During Jailbreak

It’s certainly been a day for jailbreak news today, and it shows no sign of slowing down after jailbreak supremo Pod2g announced that a new version of Evasi0n7 had been released with the aim of fixing some important bugs. There’s one bug that it doesn’t fix though, and it’s a bug that we’ve been getting asked about quite a bit here at Redmond Pie.

It seems that quite a few people have been hitting roadblocks when trying to jailbreak their iOS device using Evasi0n7 from Evad3rs, with one particular step causing some problems for those using the tool. We’ve seen countless screenshots which show Evasi0n stuck on step 2/2, which is apparently the Configuring System (2/2) Evasi0n error. If left, the system simply sits there and nothing happens. Which, you know, isn’t conducive to a good jailbreak. 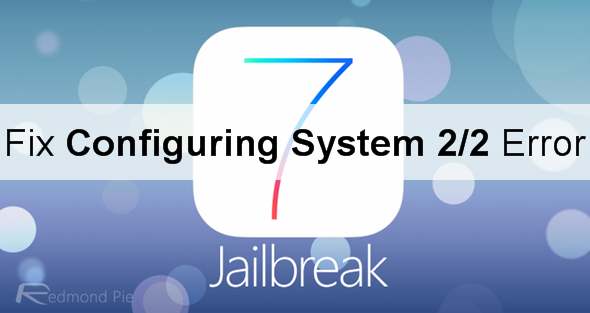 When asked the question on Twitter, Pod2g suggested that the fix for this is to try the jailbreak on a faster PC or Mac. According to him, this step uses ‘a race condition’ and speed is required here. A faster machine, so the story goes, should fix the problem.

@Pod2g: @brittagus told us that some people were stuck on the ‘configuring system 2/2’ step. It’s possibly because of a slow machine. Try on another 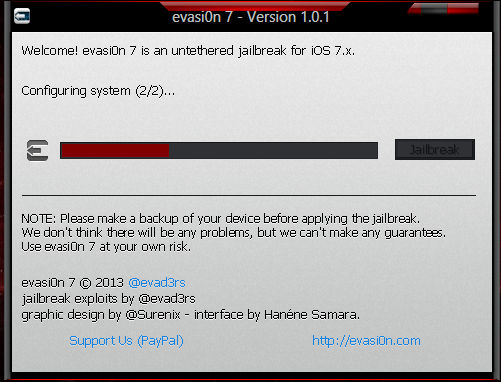 Unfortunately, people appear to be replying to Pod2g suggesting that they already have machines that should be more than capable of getting the job done. We suspect that the real truth is somewhere in the middle. Is it possible that those who are seeing issues have low amounts of free RAM, possibly running in a VM (Virtual Machine), or maybe their machines are also running apps that are using considerable system resources at the same time? Maybe. Maybe not.

What we would suggest is this though. Before trying to jailbreak anything with Evasion7, it might be worth rebooting the machine and then doing the jailbreak straight away. If that’s not an option, maybe just try closing anything that doesn’t need to be running on your PC or Mac while you perform the jailbreak. Either will hopefully help, assuming you’re not running the whole thing on something that’s older than you are, of course. If it still gives you the error, consider trying on a completely different machine altogether. That might just do the trick.

For tutorials on how-to jailbreak iOS 7, check out: