How To Enable Siri Location Based Searches, Maps And Directions In Unsupported Countries

Regardless of whether you love it or hate it, Apple has pumped a lot of time, money and resources into the development and release of the Siri virtual assistant. And with rumors that the Siri API will be opened up to developers with the release of iOS 6, Siri is definitely here to stay. In my opinion, there is no reason why someone wouldn’t want to have Siri installed on their device, after all, for those who choose to use it, the assistant can be extremely helpful in a lot of situations. And for those who don’t wish to bother with it, it doesn’t intrude in any way whatsoever.

As powerful as Siri currently is, one of the main gripes that users have faced outside the United States is the fact that Apple is yet to give Siri official support to make localized searches for users. Speaking as someone who resides in the United Kingdom, it always raises my anger level a little when Siri throws back the "Sorry, I can only look for businesses in the United States and when you are using U.S. English". As annoying that is, imagine my delight when the International Locations for Siri tweak landed in the Cydia store a while back. The package works on top of the free-of-charge AssistantExtensions framework and brings location-based searches to Siri to those non-US countries who were previously been missing out of the game. 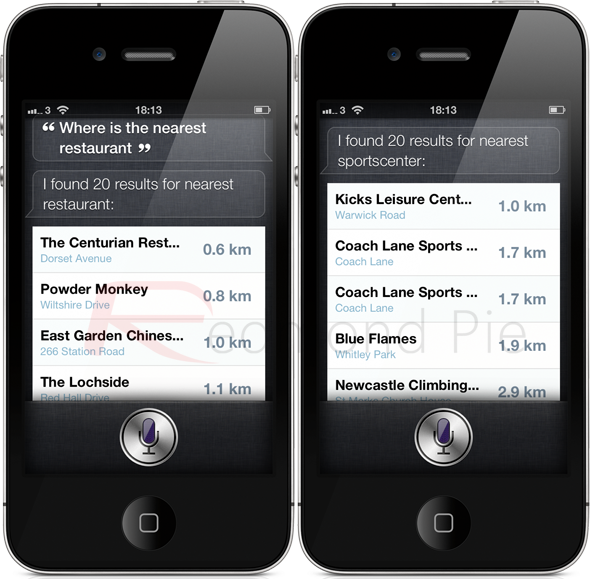 As is usually the case with tweaks of this nature, International Locations for Siri tweak can only be used when the AssistantExtensions Chatbot is invoked with the "let’s chat" voice command. As soon as it is active, verbal commands such as "find me nearby hospitals" or "where’s the closest restaurant" can be given. For those who are more assertive and know exactly what they want, Siri can be asked "where is the nearest McDonald’s?" and will no longer throw up a location-based error message, but will instead willingly oblige with a list to delight.

Results are presented in a nicely crafted table view which can be scrolled through without any issue, with the labels showing off the name of the business or location, along with part of the address and the approximate distance from the device’s current location at the time of the request. In all honesty, giving Siri the ability to return a list of business-based results like that would be a reason enough for non-U.S. based individuals to use this tweak. However, the developer has gone one step further by adding native directions through the use of Apple’s default Maps app. Tapping one of the results within the Siri interface quickly launches the Maps app and gives direction to that particular destination based on the device’s current GPS coordinates. 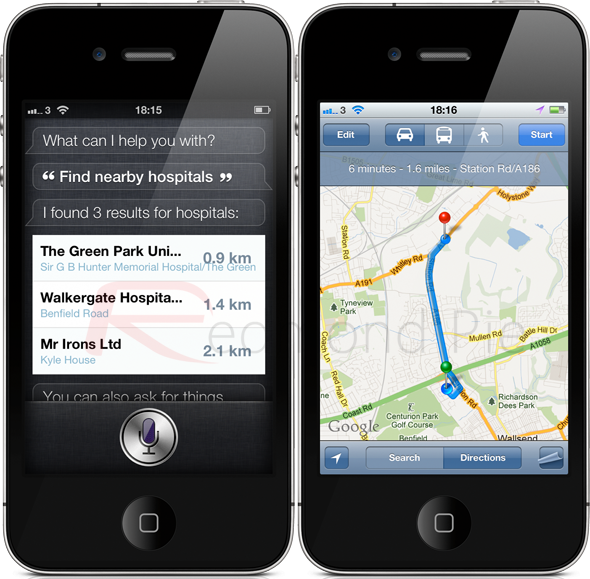 As a U.K. resident who previously had no Siri location support at all, International Locations for Siri works wonderfully well with the only downside being that the Chatbot needs to be initiated in the first instance. The tweak is available for jailbroken iPhones from the BigBoss repository for a charge of $0.99 and requires a Siri-capable device running iOS 5.0 or above. AssistantExtensions will be installed as dependency if it is not already on the device.