Here’s a simple and quick way on how you can add doodles to your images directly from the Photos app in iOS 8. More details can be found after the leap.

How many editing apps out on the App Store let you doodle over your photos directly from the stock Photos app on iOS 8? Well, You Doodle does, and offers functions that can be summarized as “a sea” of them. 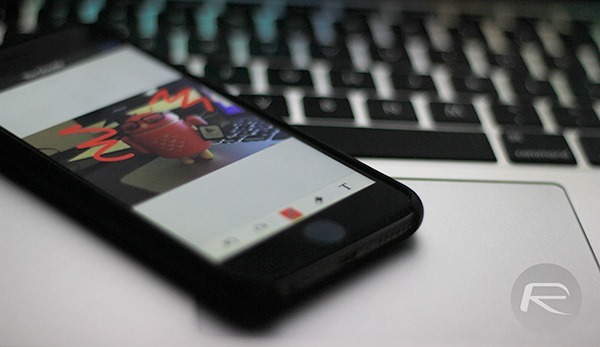 With photos increasingly becoming part of the way we communicate with people over the digital landscape, the trend of doodling over pictures is all the rage these days, be it memes or be it a bunch of friends having fun sharing their photos with each other. If that’s the motif, You Doodle is the prefect app which is essentially an art studio for quickly doodling on your photos with an assortment of tools and features which seldom come by packed under one roof.

Users have access to drawing tools such as spray, chalk, recolor, blur, smudge, clone stamp, scissors soft edge and more, in addition to the usual color picker, brush and eraser. Shapes, cliparts, filters, 3D text, and even “3D rotation (X, Y, Z) for text and images with perspective (perspective on iOS 7+ only)” are also part of the package. There are enough effects and tools in there to write a book about, so I’ll leave it up to you to explore and immerse yourself in that sea.

The app supports doodling on photos as large as 9 megapixels and over, but is a feature limited to iOS 8 only. More so, support is only available for iPhone 5s and above, and for the iPad Air / iPad mini 2 and over. Since iOS 8 opened up to third-party apps integration, users can now – as mentioned earlier – access You Doodle’s editing tools right from the Photos app, putting things well and literally on your fingertips. 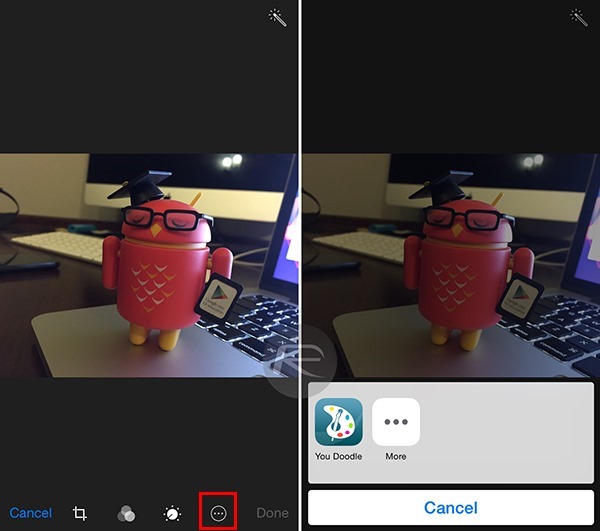 To add the extension; first download the app, then launch the Photos app and choose an image to edit, tap on the ‘extension’ button at the bottom and tap on ‘You Doodle’ to start doodling away. And if you don’t see ‘You Doodle’ here, don’t panic, simply tap on More and add it into the mix. 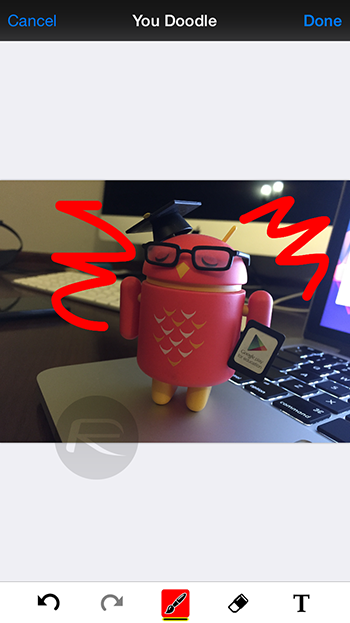 You Doodle is available for both the iPhone and iPad, and is compatible with iOS 6, 7 and 8. The app is free and can be downloaded from the link which we’ve embedded below.

(Download: You Doodle for iOS on the App Store)