Given the ability to add a level of security to our gadgets is something which provides users subtle peace of mind, after all, with things like tablets and smartphones playing such a prominent role in our everyday lives, the chances are high that they contain a lot of sensitive and private information such as emails and photographs. 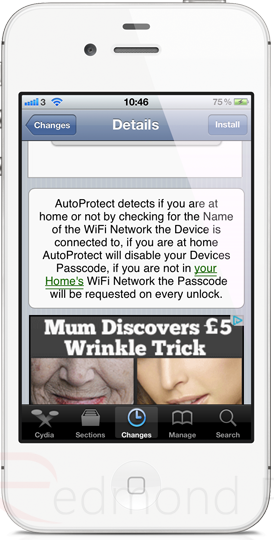 iOS users will obviously be aware that their iPhone, iPod touch and iPad have the option of setting a passcode through the Settings app, something which prompts the user to enter a security code whenever they are attempting to unlock and gain access to the device. While this is a required and important security layer, the incessant need to enter the passcode can become tiresome, and some users have called for the option to add some rules, other than an elapsed time period.

The AutoProtect tweak that has recently hit Cydia kind of falls into this bracket and removes the need to enter the secure digits whenever the device is connected to the owner’s home Wi-Fi network, or any network of choice for that matter. The theory behind the tweak is that if the device is connected to a user-defined SSID, then it must be in secure hands, and therefore the security challenge is not required. 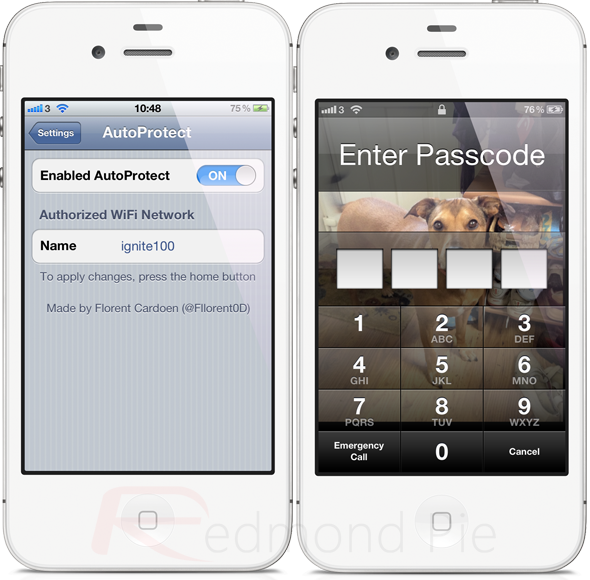 After installation, the package is extremely simple to use but does require a small amount of user interaction to set it up for the first time. First time users will need to head on over to the AutoProtect settings bundle and have to manually enter the name of their home or chosen network, making sure that it is entered exactly as is displayed by the router. This seems easy enough, but in some circumstances it can be a bit fiddly, if you have given your network a ridiculously long name, or if you are using a default generic name that comes with the wireless hardware to which you’re connecting to.

Once setup, the device will make a simple check, cross-referencing the connected Wi-Fi name with the one entered into the tweak’s settings and allow the device to unlock without issue, if only the two match together. However, if the two names are different, the usual passcode login screen will be presented to the user.

AutoProtect is available as free of charge download from the ModMyi repository with no specific requirements being given about installed iOS versions. In a future update of the tweak, it would be nice if the developer added the option for setting up multiple networks, considering a lot of users generally have a home and work network to which they are connected to the most.