How To Disable Facebook Messenger ‘Seen’ On iPhone [No Jailbreak Required]

In this superbly epic digital age, Facebook is at the forefront of keeping people connected in a lot of ways. Be it photos, status updates or check-ins, the social network has made its name in the digital world unlike any other. But, where there are a few perks, there has to be a compromise or two.

Facebook has improved over the last few years in ways we couldn’t have ever imagined. Messages is one of those areas, and over time, the feature went from a plain IM service to a full-blown messaging roster for the masses. But as we mentioned before, where there are perks, there are compromises. And in this instance, we’re referring to that dreaded ‘Seen’ receipt sent out to the sender whenever you open up a message in Facebook’s very own Messenger app. 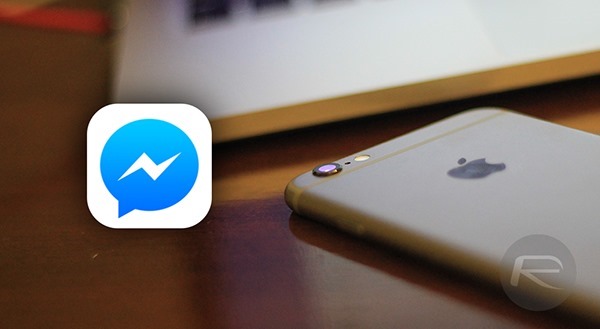 Jailbreaking, on the other hand, has granted us the ability to disable said feature by using tweaks like Facebook ++, but for some users, the whole process of jailbreaking itself is a bit tedious and keeping things as simple as possible is top priority. This is where an app called Unread comes in. 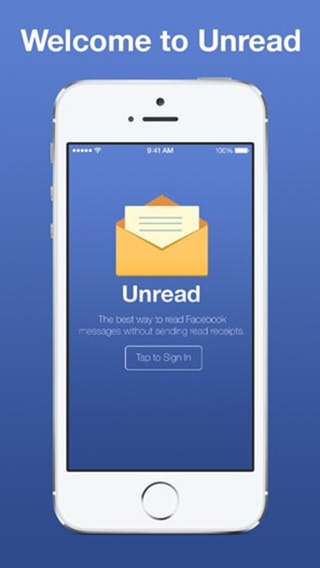 The best thing about this app is; it’s available on the App Store for all iPhone users, and you don’t need to jailbreak in order to use it. But what does the app do? In short, it’s an alternative to Facebook’s Messenger app but doesn’t send away the ‘Seen’ receipt whenever you read a message. 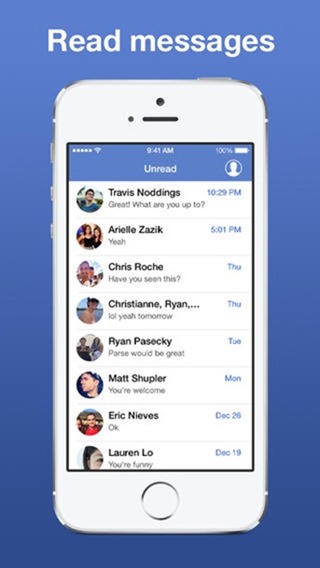 But there’s one thing about the app which users will find rather absurd; it doesn’t let you send messages. You can only go through your conversations in stealth mode. This thing alone can be a deal breaking for some, but hey, as long as the other person doesn’t know you’ve read the message, you’re golden. 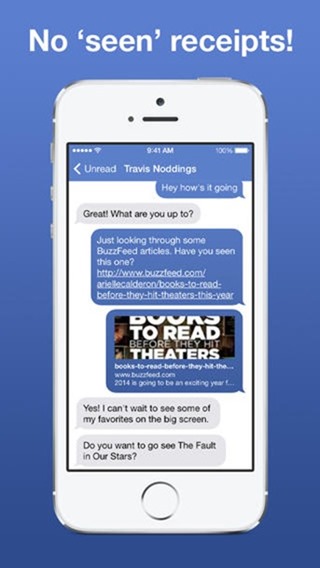 The app is available for free on the App Store for iPhone users, and requires iOS 7, iOS 8 or up to be installed on the device in order for it to work.

Take it for a spin and do let us know in the comments section below what you think about it.