It’s believed that over nine months have passed since Apple publicly released iOS 5, bringing with it a whole host of new features and developer APIs including the much loved Notification Center. The previous notifications system – if you can call it that – on iOS devices was clearly in need of a revamp with Apple deciding that the best route to go down was to overhaul the system entirely and introduce a notifications hub where all app announcements are placed together.

Notification Center has obviously been received extremely well, but as is so often the case, it does ship with some certain issues which individual users find quite infuriating, including myself. The implementation on the iPhone works extremely well, and when invoked, covers the full display. But unfortunately, when used on the iPad, the bounds of the notifications hub only covers a very small portion of the screen. Various Cydia-based packages have been released which makes some changes to Notification Center, but the release of BetterCenter aims to allow users to determine the height and width of the Notification Center when it is in view.

When installed, BetterCenter doesn’t come with any additional home screen icons, but instead hooks directly into the native Settings app to provide a list of configurable options for the user to amend to their liking. As soon as the package is installed, it inherits a similar visual status that is found when IntelliScreenX is installed, which makes Notification Center of full height on the display regardless of whether the device is in portrait or landscape mode. 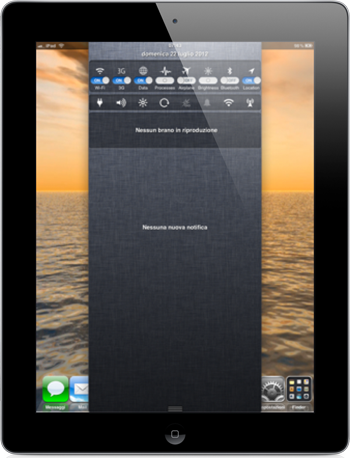 The default behavior can obviously be changed through the settings menu where users can set and adjust the height and width of the Notification Center instance. With this package being free of charge, it is definitely worth a download for those who find themselves getting a little angry every time they invoke Notification Center on the iPad.

BetterCenter is available as a free of charge download from the BigBoss repository and requires an iPad with iOS 5 or above installed.