A new tweak for the Samsung Galaxy S III has just been released which allows the clock on the system’s status bar to be customized. While not necessarily significant for everybody, this tweak will be welcome by users who have found it difficult to check the time at a glance from the status bar, or maybe for visually impaired users who could use with a slighter larger font on their Android clocks. Or maybe you’re just tired of the old Android look and are looking to try something new.

The Samsung Galaxy S III is one of the most popular Android devices in the platform’s history, attracting many smartphone power users over the last few months since its launch in the middle of last year. In order to feed their appetite for customization, many tweaks have surfaced to keep them happy: this is a subtle but interesting one that does not require extreme amounts of work. Unlike other mods available out there, this one does not radically change the system’s user experience either, meaning that it is perfect for those who still intend to keep the Galaxy S III’s default TouchWiz OS instead of venturing into other custom ROMs such as CyanogenMod, AOKP or Paranoid Android. 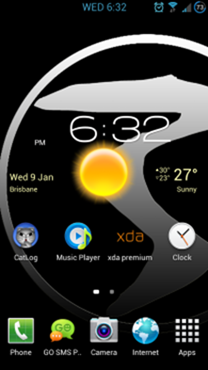 Every possible customization option is present in this tweak: you can center the clock on the status bar, instead of having it aligned to the left, or hide the AM/PM indicators or even the day of the week, which takes up quite a lot of space. Although not functional yet, it will soon be possible to change the font size of the AM/PM display, I am personally looking forward to this feature since it will make the status bar a lot more aesthetically pleasant. 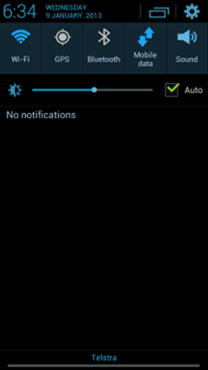 This tweak has been designed specifically for the XXELLA, although it is also said to work with other custom firmware such as LKC, LL5; as well as any ROMs based off these. This tweak is available free of charge, yet keep in mind that it is very much a work in progress, therefore expect to have to jump through a few hoops, like the aforementioned customization of the AM/PM display. 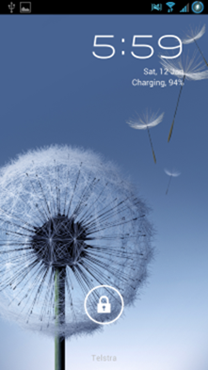